How Genes Influence Your Zinc Requirements 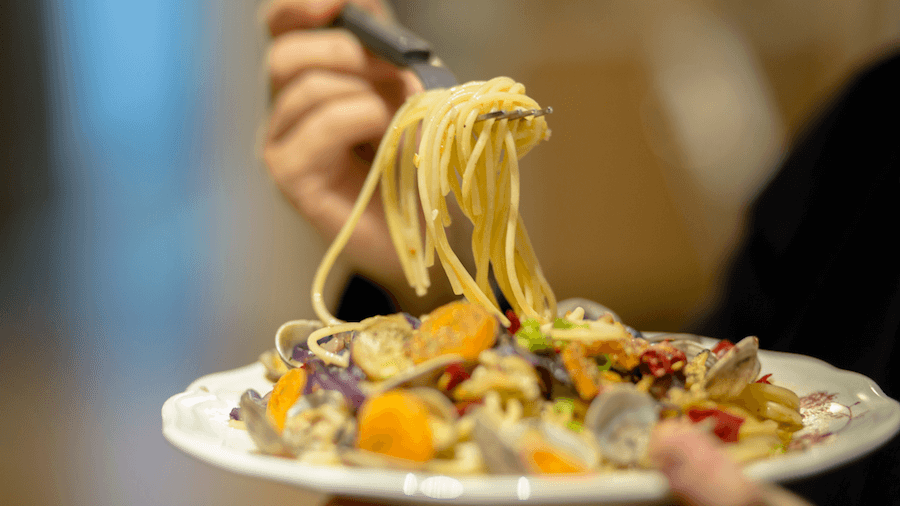 Zinc is an essential nutrient that plays many important roles in the body. It is ‘essential’ because the body cannot produce zinc on its own, and thus, it should be obtained through food sources.

After iron, zinc is the most abundant trace mineral (minerals required in small quantities) in the body.

Zinc boosts the immune system and is important for metabolic function.

It is well known for its role in wound healing and the sense of taste and smell.

It is a part of many enzymes that are required for sending messages across cells in the body.

An Interesting Note About Zinc Consumption

Zinc absorption from the diet depends on the total amount of zinc present in the food.

It has been found that the more the amount of zinc present in food, the lower the amount absorbed.

This means that zinc is better absorbed when taken in small doses.

Why Is Zinc Important For Us?

Zinc plays an important role in the functioning of immune cells. So a deficiency in this nutrient can lead to a weakened immune response.

Zinc is present in the part of the cell where the formation of DNA and proteins occur. Protein production from DNA is a multi-step process, where zinc plays an important role in each step.

Gene expression is the process where the information in the gene is used to produce proteins and other gene products. Zinc plays a role in regulating how much protein or product is produced by the genes.

Zinc plays a role in the activity of more than 300 enzymes. The ‘zinc-binding’ sites help one compound attach to another in chemical reactions.

Zinc supports normal growth and development during pregnancy, infancy, and adolescence. According to a study, infants with low birth weight saw significant weight gain improvements when supplemented with zinc.

Zinc has anti-inflammatory properties - the ability to reduce inflammation or swelling. So, it can help with skin problems like acne and rashes.

What Are The Different Forms Of Zinc?

Zinc is available as supplements in various forms, each of which impacts health in different ways.

Zinc sulfate is the least expensive form available; however, it is also the least absorbed by the body. This form is used for acne treatment.

Other forms of zinc include:

The Story Behind Zinc Requirements

Though the importance of zinc in humans was established only in the 1960s, its impact on agricultural production was identified in 1869 itself, when zinc was reported as an important nutrient for the growth of a fungus, Aspergillus niger. In 1914, it was discovered that maize, a common crop, also required zinc for normal growth. By the 1920s, it was established that zinc is needed for the growth of all higher plants.

The years from 1920 to 1950 witnessed the essentiality of zinc in mice, poultry, and swine. However, researchers were still skeptical about the possibility of zinc deficiency in humans. This ended when the first case of zinc-deficiency-induced dwarfism that resulted in delayed sexual maturation was reported in the United States. Subsequent zinc supplementation resulted in improved growth and development.

In 1974, the National Research Council of the National Academy of Sciences declared zinc as an essential element for humans, and in 1978, FDA mandated the inclusion of zinc in prenatal supplements.

In the developing world, nearly 2 billion people may be affected by zinc deficiency. Consumption of cereal proteins high in phytate was identified as the major culprit for this. Phytate/phytic acid is a natural substance found in plant seeds. It is known for impairing the absorption of various minerals like iron and zinc.

What Is The Recommended Daily Intake Of Zinc?

The recommended daily intake (RDI) for adults varies between 8 to 11mg. The maximum tolerable amount is 40mg per day.

Several proteins, called the zinc transporters are responsible for the circulation and absorption of zinc in the body. Zinc homeostasis (ability to maintain stable levels of zinc) is managed by zinc intake and output transporters that are coded by SLC30A and SLC39A gene families.

SLC39A4 codes for zinc transporter ZIP4, which is responsible for the absorption of zinc in the intestines. Differences in the SLC39A4 can alter the structure of the ZIP4 protein and hence affect zinc absorption. Certain types of SLC39A4 gene are associated with lower zinc levels.

SLC30A2 codes for zinc transporter 2 or the ZNT2 protein. This gene plays a role in neonatal (newborn) zinc deficiency. A type of this gene produces an ‘incomplete’ ZNT2 protein that results in the poor secretion of zinc into the breast milk. Infants that feed on this zinc-deficient breast milk go on to develop zinc deficiency in their later years. Two SNPs of SLC30A2, rs35235055 - also known as c.68T>C - and rs35623192 - also known as c.1018C>T - play a role in lower zinc secretion in breast milk.

SLC30A8 SNP rs13266634 is associated with the risk of type 2 diabetes. The CC type was found to have the lowest concentrations of zinc. Further, it was noted that zinc supplementation in people having the C type reduced the blood sugar levels.

The same study claimed that “Zinc intake has a stronger inverse association with fasting glucose concentration in individuals carrying the glucose-raising A allele of another SNP rs11558471 (in SLC30A8 gene.)” This meant that as zinc intake increased, a reduction in blood glucose levels was seen.

SLC30A3SLC30A3 codes for zinc transporter 3 or the ZNT3 protein. This protein is required for the transport of zinc into synapses, which are the site of electronic signalling between two nerve cells.

rs11126936 is an SNP in the SLC30A3 gene. A study found that individuals having TT and TG types had higher levels of zinc levels than those with GG.Previously, another SNP rs73924411 in the same gene was found to play a role in regulating zinc levels in people with cognitive impairment.

White blood cells express cytokines. Cytokines are a group of proteins that are expressed by the immune system. They play an important role in cellular communication, especially during immune responses.

Some of these cytokines are termed as interleukins - abbreviated as IL. IL6 or interleukin 6 is a cytokine that is produced at the site of inflammation. The IL6 gene encodes IL6 protein. This is mainly responsible for the acute phase response (a response that is raised immediately after an injury/infection).

Evidence suggests that IL6 can be used as an 'inflammatory marker' for COVID-19 prognosis -meaning, higher levels of IL6 are linked to a high fatality rate of COVID-19.

The levels of IL6 are related to the zinc levels in our bodies.

The relationship between the IL6 gene and zinc levels is reciprocal.

When there’s a zinc deficiency, it affects the IL6 gene, increasing IL6 cytokine production, which lowers zinc levels even further.

Also known as 174 G/C, rs1800795 affects the zinc levels upon dietary consumption of zinc. A study on the European population revealed that people having the GG type of rs1800975 had higher levels of IL6 (and hence, lower levels of zinc) than those with CC type.

What Are The Symptoms Of Zinc Deficiency?

According to the World Health Organization (WHO), about one-third of the world’s population suffers from zinc deficiency.

The symptoms of zinc deficiency include:

What Are The Symptoms Of Having Excess Zinc In The System?

The tolerable upper intake level (UL) - the maximum amount of nutrient intake that is likely to be not risky for health - for zinc is 40 mg per day for healthy adults. Excessive intake of zinc can lead to zinc toxicity.

Although there are no reported zinc toxicity cases from food sources, some zinc supplementation at incorrect doses could cause a problem.

Zinc toxicity can result in the following symptoms:

How You Can Test Your Zinc Levels

Zinc levels can be determined using a simple blood plasma test or a urine and hair analysis, since zinc is distributed throughout the body.

However, it is difficult to identify zinc levels using laboratory tests alone.

Doctors may assess other risk factors, including genetics and dietary intake, along with blood test results to identify your zinc requirements.

What Are The Health Benefits Of Zinc?

Zinc is important for the growth and development of immune cells, namely the T-cells and B-cells. It also plays a role in immune responses that require antibody production.

Acrodermatitis enteropathica, a rare disease, is associated with zinc deficiency. This condition increases the risk of viral, fungal, and bacterial infections.

The zinc requirements for women increase during pregnancy. Its deficiency can be harmful to the growing fetus.

A study conducted on mice showed that gestational (during pregnancy) zinc deficiency affected the offsprings' immune function, which persisted for three generations.

Zinc helps the formation of cells that are required for bone building. It also slows down the excessive degradation of bones.

Zinc forms a part of many enzymes that are necessary to hold the structure of bones in place.

According to a study, excess zinc excretion plays a role in the development of osteoporosis.

Zinc Aids The Maintenance Of Healthy Hair And Skin

Hair loss in patches is often seen in people with zinc deficiency. This is because zinc plays an important role in a process that leads to the formation of hair follicles.

Collagen is an important protein that gives structure to the skin and protects it against different strains. Zinc is a crucial component of collagenases, the enzymes that form collagen. According to a study, zinc supplementation can help slow down the degradation of collagen.

Zinc Can Reduce The Risk Of Certain Diseases

The progression of age-related diseases like macular degeneration can be prevented/delayed using zinc supplements.

Since zinc boosts immune function, it also helps prevent infection in older people. In fact, according to a study, people with adequate zinc levels had a 50% lesser risk of developing pneumonia compared to those who had lower levels.

Zinc deficiency could also occur in people with the following conditions:

What Are The Dietary Sources of Zinc?

Zinc is a trace mineral that is important for its role in immune function, growth and development, and protein production. The role of zinc in human health was only identified in the 1960s, and since then, the FDA has made it mandatory to include it in all prenatal products. The SLC gene family codes for proteins that are responsible for zinc transport and absorption in the body. Studies have shown that rs13266634 in the SLC30A8 gene plays a role in zinc transport into insulin cells. Individuals who have the CC type have decreased transport of zinc to the insulin cells. This results in lowered secretion of insulin, and hence a higher risk  for type 2 diabetes. rs35235055 and rs35623192 are two SNPs in SLC30A2 gene that are important for transport of zinc to the breast milk. Lower levels of zinc in breast milk can increase the risk for neonatal zinc deficiency. The recommended daily intake (RDI) for adults varies between 8 to 11mg, with maximum tolerable amount being 40mg per day. Oysters are an excellent source of zinc with one serving providing over 600% of the RDI. Some plant based food sources rich in zinc are tofu, legumes, hemp seeds, and nuts.