How Genes Influence Your Caffeine Consumption 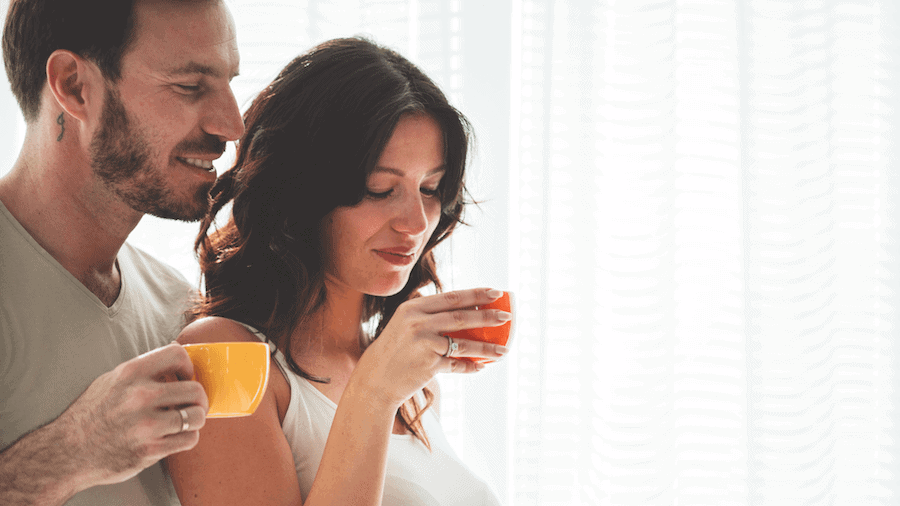 Do you start your day with a cup of freshly brewed coffee? Does a cup of tea warm your insides and leave you feeling fresh in the evening? Do you stock up energy drinks in your fridge to help handle late nights?

All these beverages have one thing in common - caffeine.

Is caffeine good or bad for health? The controversial aspects of caffeine

While some studies have praised the beneficial effects of caffeine on human health, others warn about the health risks. Why does the same substance lead to different health outcomes?

The answer to these questions is not only applicable to caffeine but also to a lot of other substances.

We are all genetically unique. While some substances produce relatively similar effects on our bodies- many substances, including caffeine, are processed differently in different individuals.

When a drug fails a clinical trial- it does not mean that every individual who took that drug failed to respond. On the other hand, there is no approved drug that works equally well on every individual.

It is common knowledge that some drugs work really well for some, but not for others. We need higher doses of certain drugs and lower doses of others. There is a dose difference for certain drugs for men, women and children.

Caffeine is no different. Unless the genetics and other factors are accounted for, it will not be easy to say whether caffeine is good or bad for you. Keep reading to find out the unique genetic aspects of caffeine metabolism (processing in the body)

There are about 60 species of plants that can produce caffeine. Few top sources are:

How much caffeine is too much? Do you have to give up on caffeine to lead a healthy lifestyle? Keep reading to know more.

The Story Behind Caffeine Consumption

The history of caffeine is closely associated with the histories of its plant sources.

It was 2437 BCE. The Chinese Emperor Shen Nung was relaxing in his garden. The wind blew a couple of leaves into his cup of boiling water. He noticed that the water changed color and smelled fragrant. The leaves were later identified to be from the tea shrubs. Tea leaves are considered a stimulant (a drink to energize the body).

There are many stories on the discovery of caffeine. Some scripts say the ethnic Oromo people of Ethiopia recognized coffee beans to have energizing properties.

The more popular version is of Kaldi, an Ethiopian goat herder. He noticed his goats getting all excited after consuming coffee beans. He mentioned this in a monastery and the first cup of coffee was brewed there.

The leaves of the yaupon holly tree were brewed as early as 8000 and 1000 BC. This was then known as the black drink.

In many West African cultures, it is still a regular practice to chew on kola nuts when people feel tired.

Caffeine At The Molecular Level- Getting Technical

Caffeine is very easily absorbed by the body. 99% of caffeine is absorbed in about 45 minutes.

Once you consume a caffeinated beverage, it enters the gastrointestinal tract. Caffeine is processed in the liver by an enzyme that breaks it apart into different chemicals like paraxanthine, theobromine, and theophylline.

Peak levels of caffeine are observed in the plasma between 15 minutes and 120 minutes after oral consumption.

Caffeine easily reaches the brain. Adenosine is a chemical in the brain that induces sleep. The structure of caffeine is similar to that of adenosine. Caffeine attaches itself to the adenosine receptors (a protein that responds to adenosine) and prevents people from feeling sleepy.

The more caffeinated beverages you drink, the more adenosine receptors your body will produce.

Over time, you will need more amounts of caffeine to keep you awake.

Plant sources are not the only way to get your dose of caffeine. Caffeine is artificially synthesized in industries too.

The production of caffeine in industries began during World War II. Germans were unable to obtain caffeine because of various trading bans. They hence had to create caffeine artificially.

Today, synthetic caffeine is very cheap and tastes just like natural caffeine. It would not be surprising if you cannot tell the difference between the two.

While synthetic caffeine is safe when had in small amounts, the problem is with the manufacturing process. Ammonia goes through a lot of steps and chemical interactions to turn into caffeine.

What Are The Symptoms of Caffeine Overdose

What Are The Symptoms Of Caffeine Withdrawal

Caffeine is addictive. Your body goes through withdrawal symptoms when you try to reduce your caffeine intake. Few popularly noticed symptoms of caffeine withdrawal are:

Withdrawal symptoms can start 24 hours after giving up caffeine and can last for up to 9 days.

Non-Genetic Factors That Cause Caffeine Sensitivity

Caffeine sensitivity refers to having an adverse reaction to consuming caffeine. For most people, consuming more than 400 mg of caffeine can cause physical and mental discomforts.

Few others can be hypersensitive to caffeine and cannot tolerate it even in small quantities. Here are some non-genetic factors causing caffeine sensitivity.

How are some people able to process caffeine better than others? Genetics is the answer.

CYP1A2 gene - The CYP1A2 gene influences how fast caffeine is processed in your body and how you react to it. One particular SNP that can increase or decrease the effects of caffeine consumption is the rs762551.

The ADORA2A gene is also responsible for increasing dopamine levels (the happy hormone). Variations in the ADORA2A gene are said to cause mood swings, anxiety, and irritation.

Caffeine is a legally consumed drug that can alter the mood and increase attention and focus. It is naturally present in up to 60 plant sources. It is also artificially produced in industries. Normal adults have to limit their caffeine intake by up to 400 mg. Caffeine overdose can lead to mood disorders, rapid heartbeats, and high blood pressure. Caffeine withdrawal has to be handled gently and causes symptoms like depression, anxiety, and low energy levels. Genetically, some people can show high caffeine sensitivity and need to monitor their caffeine consumption.

July 29, 2022
This has been really helpful for me
This has been really helpful for me. A while back I had gotten the nutrition report from Xcode and it really helped me understand certain aspects of my diet. Fast forward about two years and I am sluggish, irritable, tired, etc. I discussed it with my doctor and they ran some bloodwork. Turns out I'm deficient in some vitamins and needed to supplement. I went back and reread my xcode report and they are the exact same vitamins that the report told me I would need to supplement. Turns out I don't metabolize them as efficiently and need some additional help to meet my requirements. Overall, it was a really great experience and I look forward to ordering more of the reports.
Allie Casares

July 7, 2021
In-depth results
I was curious to see the health insights Xcode had to offer since the 23andme health reports were a bit lackluster. I ordered one health report from Xcode and received results within an hour. This specific report was more extensive than 23andme and came with a helpful guide. I definitely want to order more tests but the only issue is there’s so many to choose from.
Emilie Ellenberg