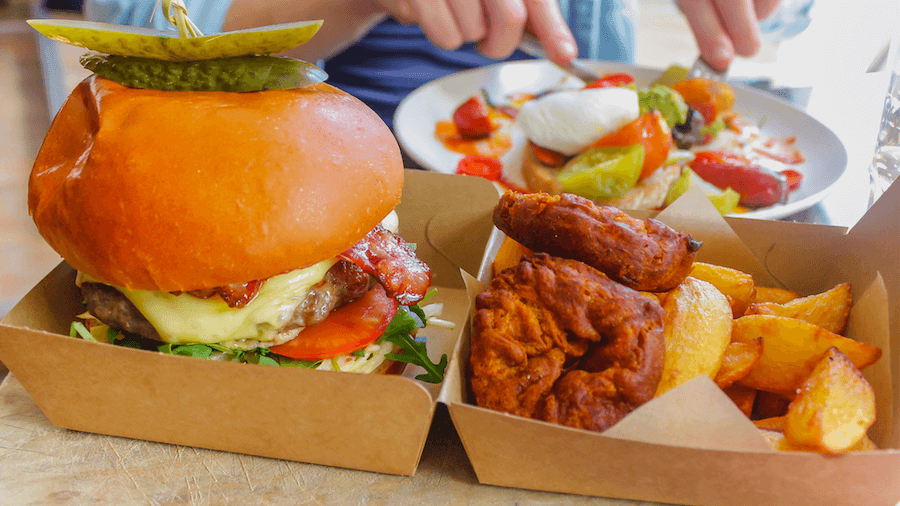 How does your body know that you are full after a meal? Hunger creates an uncomfortable feeling, making you desire food. After hogging a pancake or two, you start to experience the feeling of fullness. What happens inside the body that gives rise to this feeling? This feeling of fullness, also termed satiety, is due to various inputs that your brain receives when you consume food. When food enters your stomach, the muscular walls of the stomach expand to accommodate the incoming food.

This stretching of the stomach is picked up by the nerves wrapped intricately around the stomach wall. These nerves communicate with the brainstem and the hypothalamus. They are the two main regions of the brain that control food intake.

Over 20 gastrointestinal hormones are involved in signaling your brain that you are full. Cholecystokinin is a hormone produced in the upper small bowel which induces the feeling of fullness. Eventually, you feel full and stop eating. This hormone also slows down the movement of food from the stomach into the intestines. This is done to give the body time to understand that you’re eating and filling up your stomach. You must have noticed that when you eat really fast, you don’t feel as full as when you take time to eat your food. This is why - your body needs time to realize that you’re eating food.

Insulin is also involved in the satiety response. Insulin release is triggered upon the entry of glucose. When insulin is released, it instructs the body’s fat cells to make another hormone called leptin. There are two groups of neurons in the hypothalamus: ones that promote the sensation of hunger and the others that inhibit it. Leptin blocks the neurons that drive the food intake, thus inducing satiety.

The genes that influence the production of the satiety hormones also play a role in how full you feel. If these genes contain any errors, it can lead to a defect in the hormones produced. This may result in a lower satiety response, which is one of the biggest contributors to overeating. The DRD2 gene is one such example. This gene carries instructions for the production of a subtype of the dopamine receptor. When dopamine binds to the receptor, it reduces the feeling of hunger, thereby making you feel full. Certain changes in this gene affect the way dopamine reacts with the receptor, leading to low satiety response and overeating. Other genes also influence several contributors to overeating, like food cravings and emotional eating. A simple genetic test can analyze your genes that control the various aspects related to overeating.

Genetics Is Just One Part Of The Story

The micronutrient content, flavor, and texture of foods also influence your satiety. Further, some foods satisfy your hunger for longer, whereas others have a short-term effect. A soft drink gives you immediate satisfaction, but you feel hungry soon after. A protein-packed sandwich can keep you full for at least a few hours. This is because of the difference in nutrients in various foods. Food items that contain more protein, water, or fiber are more hunger-satisfying.

Getting Your Genetic Report

Most genetic tests provide your DNA information in the form of a text file known as the raw DNA data. This data may seem like Greek and Latin to you. We, at Xcode Life, can help you interpret this data. All you have to do is upload your raw data and order a nutrition report. Xcode Life then analyzes your raw data in detail to provide you with comprehensive nutrition analysis, including information on satiety and overeating.