The DNA Blog » Genes and Nutrition » Why Does Asparagus Make Your Pee Smell?

Why Does Asparagus Make Your Pee Smell? 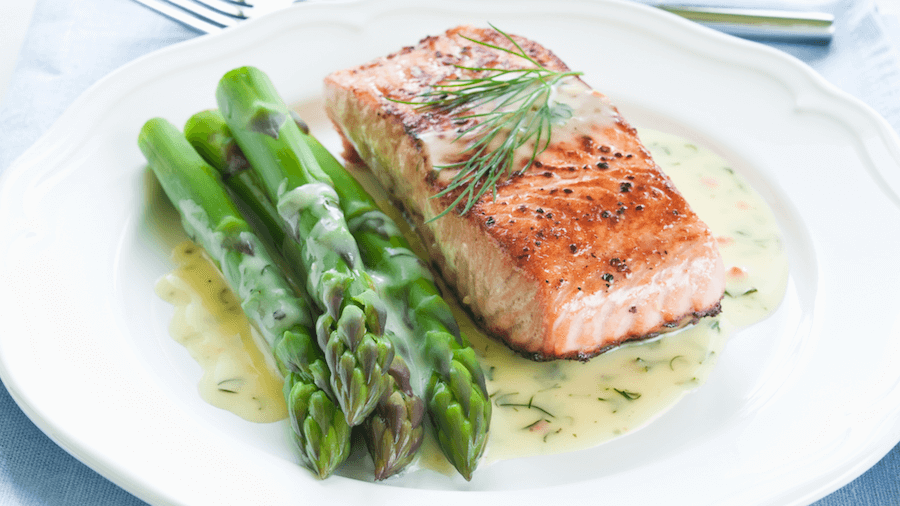 This acid gives pee a stinky smell after eating asparagus.

Why Does Asparagus Make Your Pee Smell?

When asparagus is digested, asparagusic acid is broken down into volatile (they vaporize easily) sulfur-containing by-products, which are released into pee.

When you pee, these volatile compounds evaporate instantly into the surrounding air, allowing your nose to smell them.

Methanethiol (methyl mercaptan) is the most common odourant found in the urine after eating asparagus.

How Long Does The Smell Last?

Studies have stated that a stinky pee smell usually appears 15 to 30 minutes after eating asparagus and can last for several hours, sometimes up to 14 hours.

It is natural to wonder if something is wrong with you when your pee stinks due to asparagus. However, asparagus pee stink is normal.

There may be two reasons why asparagus may not make everyone’s pee stink.

People cannot detect the unpleasant asparagus metabolites in their pee and are also unable to diagnose it in the urine of other individuals.

Asparagus anosmia is the inability to smell the asparagus metabolites in the urine.

Genetic variations are said to influence the ability to smell asparagus in urine.

Researchers have found that the ability to detect this odor is stronger in people who carry the A allele of rs4481887 in the OR2M7 gene.

This gene produces an olfactory receptor that interacts with certain molecules in the nose to produce the perception of smell.

Why Are Some People Unable To Detect This Smell?

Several hypotheses are stated for why some people cannot detect the pee odor. These include

These individuals are said to lack a key enzyme that metabolizes asparagus acid to give stinky by-products.

So, they can either not produce the smell or produce it in small concentrations too low to be detected.

This is said to be due to genetic changes that alter one or more olfactory receptors that respond to the smell of asparagus, giving rise to asparagus anosmia.

Apart from these reasons, how an individual eats asparagus also influences their ability to detect the smell of sulfur compounds.

The inability to detect asparagus pee odor is also more common among women than men, but this may be due to their position while urinating.

May 31, 2021
Simply the best DNA service
I am very pleased with Xcode professional service. My comprehensive reports was generated fast. I could find out a lot about my health, allergy, fitness, nutrition and skin info I never knew before from my raw DNA data. Xcode has the best deal prices on the internet. Highly recommended you won't regret.
Win Yang Cheung

May 29, 2021
Clarified my allergies
Didn't expect much but this proved me wrong. I discovered useful personal traits and information about my health that I customized towards my day to day living. For the longest time, I thought I was lactose intolerant and allergic to cockroaches, but this report showed me that I wasn't. I thought the milk from the bubble tea I drank every weekend was causing my constant bloating. Truthfully, I didn't drink enough water and was snacking a lot. Thank you, this has been life-changing.
Rebecca Burwell