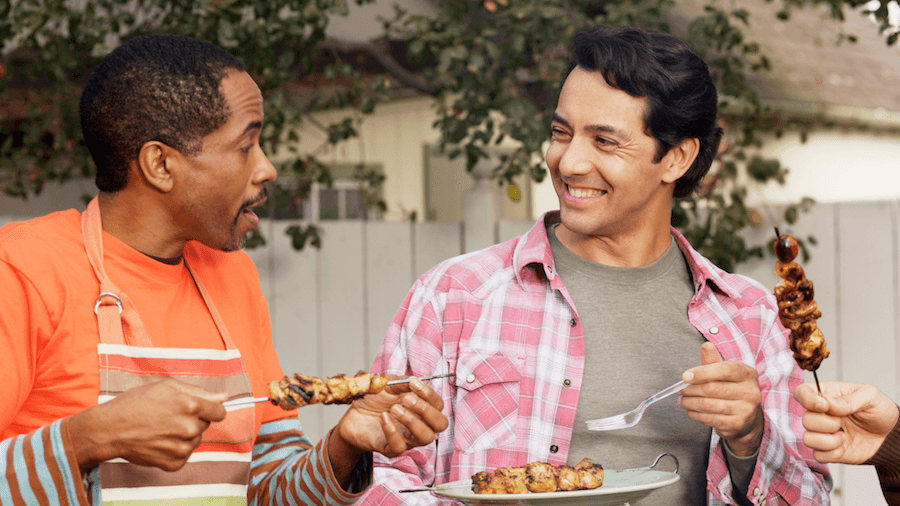 Ghrelin, or the hunger hormone, is produced primarily by the stomach.

This hormone is released as a signal to the brain that the stomach is empty and it is time to eat.

Levels of ghrelin increase between mealtimes and reduce when the stomach is full.

While obese individuals have low ghrelin levels, people who restrict their caloric intake are found to have higher levels of the hormone.

Learn In-depth About Your Eating Behavior With The Gene Nutrition Report:

Besides telling your brain you are hungry, ghrelin performs several other functions, such as:

Due to its multifunctional nature, ghrelin is a multifaceted gut hormone.

How Does Ghrelin Regulate Hunger?

When empty, the stomach releases ghrelin that travels through the blood to reach the brain.

Here, it acts on the hypothalamus (part of the brain that produces hormones to regulate multiple body functions, including hunger and thirst).

In the hypothalamus, ghrelin activates the growth hormone secretagogue receptor that stimulates hunger.

Other parts of the digestive system, like the small intestine and pancreas, also produce small amounts of ghrelin.

Studies have shown that people who are trying to lose weight or have recently lost weight have higher ghrelin levels.

This increases their hunger levels, making it difficult to maintain weight loss.

Studies have reported that ghrelin plays a role in glucose balance in the body and may cause type 2 diabetes.

A study conducted in 2003 stated that low ghrelin is independently associated with type 2 diabetes, insulin resistance, and elevated blood pressure.

So, ghrelin may have a role to play in the development of type 2 diabetes.

A mutation (genetic change) associated with low ghrelin plasma concentration is the Arg51GIn.

Ghrelin concentrations are low in people with metabolic conditions like type 2 diabetes.

Ghrelin levels are lower in overweight individuals than in lean individuals.

In fact, ghrelin levels are high in people with anorexia nervosa or cachexia.

This shows how the body makes up for weight loss by inducing food intake and fat storage.

Increased appetite may lead to weight gain, and ghrelin regulates hunger and appetite.

While ghrelin does not directly contribute to obesity, its levels increase after dieting.

This makes it difficult to lose weight or sustain diet-induced weight loss.

Further studies are required to understand the correlation between ghrelin and obesity.

Growth Hormone Secretagogue Receptor or GHSR is a member of the G-protein coupled receptor family.

It is located on the q arm of chromosome 3.

This gene gives instructions for producing a protein that participates in homeostasis and regulates body weight.

How Does The Ghrelin Receptor Gene Work?

So far, no study has identified a clear relationship between GHSR gene variants and obesity or type 2 diabetes.

However, a few findings from a 2008 study that may be worth noting are:

None of the polymorphisms in the GHSR gene have so far been associated with type 2 diabetes.

May 29, 2022
Useful 23 & Me Upgrade
Uploaded 23 & Me data, got carrier & MTHFR results in ~1hr, alerted me to unknown concern to discuss with doctor.
Samantha Jones

May 30, 2021
Finding out random genetic variations
Finding out random genetic variations you might be predisposed to. It gives out likely or unlikely expressions you might have. I got the health, fitness and nutritional pack and I saw confirmations of experiences that I've uncovered about myself, like having unordinary grip strength. It's neat to have this kind of validation and proof! I plan to reference my xcode pdfs since there's a lot to digest! I find the vitamins my body would likely prefer to be my favorite part of it. I want something more definitive to understand myself, like not what's "likely", but genes are complicated and xcode just provides what's likely and that's ok. What I would prefer is probably a whole other complex science. It was worth it.
Jaclyn Galvin

July 29, 2022
This has been really helpful for me
This has been really helpful for me. A while back I had gotten the nutrition report from Xcode and it really helped me understand certain aspects of my diet. Fast forward about two years and I am sluggish, irritable, tired, etc. I discussed it with my doctor and they ran some bloodwork. Turns out I'm deficient in some vitamins and needed to supplement. I went back and reread my xcode report and they are the exact same vitamins that the report told me I would need to supplement. Turns out I don't metabolize them as efficiently and need some additional help to meet my requirements. Overall, it was a really great experience and I look forward to ordering more of the reports.
Scarlato Barros