The DNA Blog » Genes and Skin » Red Hair Gene: How To Know If You Are A Carrier?

Red Hair Gene: How To Know If You Are A Carrier? 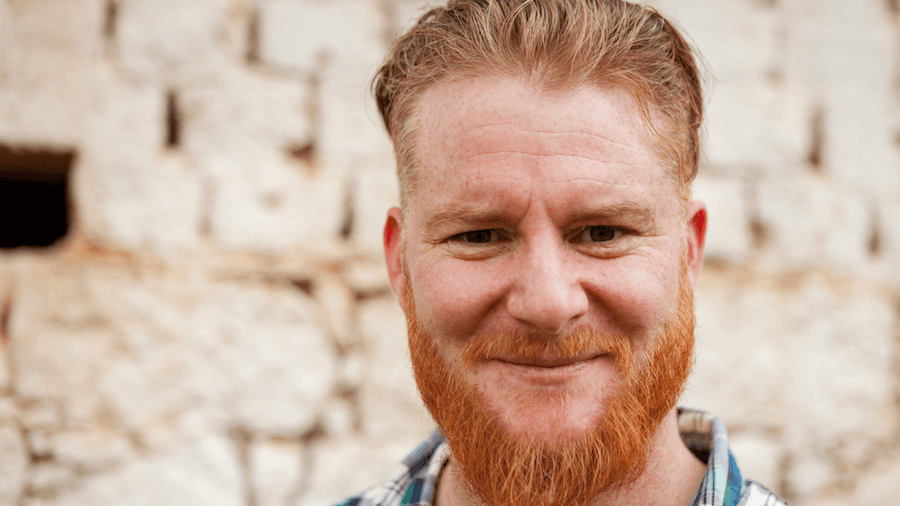 The red hair gene is probably one of the most intriguing of human traits.

Hair color is an inherited feature determined by the gene copies a child gets from both parents.

About 90% of the global population have dark hair, with just a few exceptions.

Globally, 1-2% of the population has red hair, which is considered rare.

Why Do Some People Have Red Hair?

Melanin, a coloring pigment produced by the melanocyte cells in the hair, determines hair color.

When melanocytes produce an excess of eumelanin, a type of dark-colored melanin pigment, people get black or brown hair.

Those who don’t produce enough of this pigment have blond hair.

The melanocytes in individuals with red hair produce another type of pigment called pheomelanin.

Pheomelanin is a yellow/reddish pigment that causes the iconic red-colored hair.

The type of melanin pigment produced by the melanocyte cells is dependent on a person’s genes.

MC1R gene is one of the strongest influencers of red-colored hair.

This is also called the red hair gene.

It provides instructions for producing the melanocortin 1 receptor.

This receptor decides which type of melanin the melanocytes produce.

When the receptor is active, it encourages the melanocytes to produce eumelanin, leading to darker hair color.

When the receptor is blocked or inactive, more pheomelanin is produced, leading to reddish hair color.

Certain changes in the MC1R gene block the functioning of the MC1R receptor and encourages the melanocyte cells to produce pheomelanin instead of eumelanin.

This causes red hair in some individuals.

How Do You Inherit The Red Hair Gene?

This means that a person must inherit the genetic change associated with red-colored hair from both parents for it to be activated.

Many people may be carriers of one copy of the mutated gene but could still have darker hair color.

A study says that up to 40% of people in Scotland carry at least one copy of the mutated gene, but only 13% of them are redheads.

How Likely Am I to Have a Child With Red Hair?

The following scenarios will help understand a person’s likelihood of having a child with red hair.

Scenario 1: Both parents with brown hair + none of them are carriers of the red hair gene

In this case, there is an almost 0% chance that your child will be red-haired.

Scenario 2: Both parents with brown hair + both of them are carriers of the red hair gene

In this case, the child may carry the red hair gene but will not have red hair.

Scenario 5: Both parents have red hair

In this case, all children will have red hair too.

How To Know If You Carry The Red Hair Gene

In some families, the past generations could have just been carriers of the red hair gene, and suddenly a child could turn up with bright red hair.

This interesting turn of events can be predicted by genetic testing.

Genetic testing can help identify if the parents are carriers of the MC1R gene and predict whether a child will have red hair.

Apart from aesthetics, studies report that red-haired individuals could be at a higher risk for developing certain conditions like skin cancer and increased pain sensation.

It may be beneficial to test whether or not a couple’s child would inherit red hair using genetic testing.

March 30, 2021
Very helpful and quick response time
Definitely worth the money! I had recently did the 23andMe testing and I've always been more curious on my MTHFR mutations, as it can be tied to many health issues. I came across Xcode Life where I could upload the raw data from 23andMe (which was very easy by the way) and get additional info. While I was doing it I decided to also get the Covid related test out of curiosity. I got the results the same day. I even had some questions and their customer service is on point. Extremely helpful and quick response time.
Katy Strong

September 15, 2022
So pleased I ordered the Methylation Report.
I’m so glad I confirmed once and for all about my MTHFR status. I had a raft of tests done last year by a practitioner which certainly pointed to under-methylation, including slightly elevated homocysteine, and other signs and symptoms, but the genetic testing they offered was extortionate. After completing my AncestryDNA I was able to upload my raw data file with Xcode Life at a very reasonable $20 and receive a report that was very easy to understand and which included details on some 42 gene SNPs in my profile relating specifically to methylation. My current health issues are moderate, not critical but I now have a concrete plan on how to go about lowering my homocysteine and checking it’s status every year as guide for health. Given my mother and both maternal grandparents had significant cardiac issues, this feels very prudent. I would definitely recommend Xcode Life as an economical option for unravelling one’s genetic markers.
Brooke Dawe

August 7, 2022
Highly recommend for cutting edge research
Although sceptic of any third party genetic research company, I referenced all of the results I received with my raw data and the scientifically reported papers and they all were accurate in both my genome and scientific results. I appreciate the work being done by this company and the resources they provide.
Emilie Ellenberg