The DNA Blog » Genes and Health » Lewy Body Dementia And Parkinson's: The Genetics 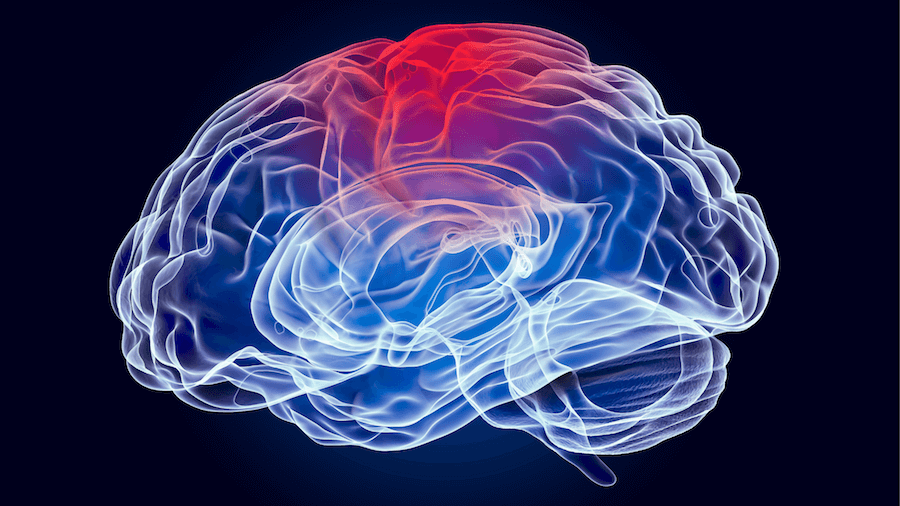 Researchers have identified a number of genes associated with Parkinson’s disease.

In the sample report below, we've attempted to analyze some important genes that increase the risk for Parkinson’s.

You can identify your genetic risk of Parkinson’s by using your 23andMe DNA data and placing an order for the Gene Health Report.

Parkinson’s disease is a brain disorder that causes uncontrollable and unintended movements like shaking, stiffness, and difficulty balancing and coordinating.

It is called a neurodegenerative disorder because it occurs due to the degeneration of dopamine-producing nerve cells (neurons).

Dopamine is a common brain chemical or neurotransmitter responsible for nerve signal transmission.

Parkinson’s affects one in every 500 people.

Most people who develop symptoms of Parkinson’s are usually over 50.

Causes, Symptoms, and Types of Parkinson’s

When the nerve cells in the basal ganglia (part of the brain that controls movement) are damaged, they produce less dopamine than usual.

Lesser than usual dopamine results in movement-related problems that are characteristic of Parkinson’s.

Though the mechanism behind Parkinson’s is fairly known, what causes the degeneration or death of the neurons is unknown.

Lower than usual level of norepinephrine gives rise to other Parkinson’s symptoms like:

Common symptoms of Parkinson’s disease include:

The symptoms of Parkinson’s are different in people, and the rate at which they progress also differs among individuals.

While early symptoms of the condition are subtle, they aggravate as the disease progresses.

Family members are often the first to notice changes in people who develop symptoms of Parkinson’s.

Several types of Parkinson’s disease exist. The three most common ones are:

What Is Lewy Body Dementia (LBD)?

According to the Alzheimer’s Association, 50% to 80% of people with Parkinson’s disease will develop dementia.

Several brain cells of people with Parkinson’s contain unusual clumps of the protein alpha-synuclein. These cells are called Lewy bodies.

Researchers are still trying to understand the normal and abnormal functions of the alpha-synuclein protein and its effect on dementia.

Some existing research states that Lewdy bodies play a role in many conditions that cause dementia.

Lewy body dementia is a condition that occurs when there is a build-up of Lewy bodies in the brain, eventually damaging the brain cells and causing dementia.

It is challenging to diagnose Lewy body dementia as its symptoms are easily confused with those of other brain disorders and psychiatric conditions.

In both these types, the underlying changes occurring in the brain over time in people give rise to similar symptoms.

Cognitive symptoms develop more than a year after the movement symptoms like tremors and muscle stiffness set in.

Cognitive symptoms of dementia and mood and behavioral changes may set in later.

It is important to note that not all individuals with Parkinson’s develop dementia, and it is difficult to predict who will.

Some older patients with Parkinson’s may develop some degree of dementia.

Cognitive symptoms in people with DLB develop within a year of movement of symptoms.

People with DLB also show a decline in their thinking ability, making it look similar to Alzheimer’s.

However, they also develop movement issues and other characteristic symptoms of LBD with time.

July 7, 2021
In-depth results
I was curious to see the health insights Xcode had to offer since the 23andme health reports were a bit lackluster. I ordered one health report from Xcode and received results within an hour. This specific report was more extensive than 23andme and came with a helpful guide. I definitely want to order more tests but the only issue is there’s so many to choose from.
Kimberlee Jackson

March 14, 2022
I’m so glad I found Xcode!
Wow! The amount of data and reports that you get after just an hour’s wait is immense! I finally have some answers I always wanted from my original dna company (ancestry). All I had to do is upload the data and after a short wait I received all of my reports. If you are unsure of which package to buy - do the biggest - it is so worth it!
Win Yang Cheung