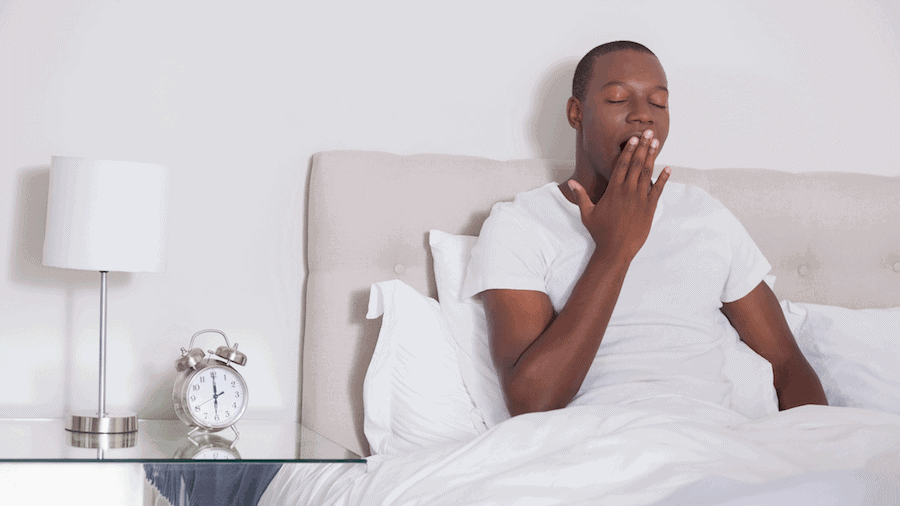 What is Sleep Fragmentation?

Sleep fragmentation is one of the symptoms of sleep disorders characterized by repeated, short sleep interruptions during the night, which leads to excessive tiredness during the day.

People with fragmented sleep tend to fall asleep quickly but wake up multiple times during the night for short periods. The other symptoms of fragmented sleep include morning headaches, daytime sleepiness, difficulty in concentrating, and memory lapses.

Fragmented sleep due to situational illness (like a cough or a sore back)is called short-term sleep fragmentation and goes away after some time.

Research studies have documented a greater impact on physical and emotional health when sleep quality and quantity are poor.

The study also suggests that genetics affects sleep problems more strongly during the preschool/school age (63-69%) . Certain variants in HLA-DQB1, CRY1, and other genes might influence the risk of having fragmented sleep.

The CRY1 gene encodes a protein called flavin adenine dinucleotide-binding, a key component of circadian clock regulation.
Variations in the CRY1 gene are found to be associated with altered sleep patterns.

The rs184039278 is an A>C gain of function mutation located in the CRY1 gene, associated with a prolonged period of circadian molecular rhythms.

A study, Patke, Alina, et al.2017, demonstrated that both CC and AC carriers are strongly associated with late sleep times and sleep fragmentation.

Poor sleep is also caused by lifestyle habits such as:
1. Alcohol and caffeine consumption
2. Napping for a long time in the day
3. Exercising close to bedtime

Effects of Sleep Fragmentation on Health

You can follow these tips to have a peaceful night of sleep and avoid sleep fragmentation.
1. Tire yourself out: As fatigue accumulates throughout the day, it’ll be easier to fall asleep in the night.
2. Stay away from distractions: Switch off your phone, wear an eye mask, and shut the windows to prevent your sleep from being disturbed.

June 15, 2021
The D'Alessio clan ordered Mega Packs
The D'Alessio clan ordered Mega Packs for everyone. The information gleaned from the reports was more robust than what one would find from 23andMe. I really liked the recommendations as well as a good jumping-off point for more research into mitigating possible health problems. I recommend this to anyone interested in biohacking their health.
Michelle Casterline

March 30, 2021
Very helpful and quick response time
Definitely worth the money! I had recently did the 23andMe testing and I've always been more curious on my MTHFR mutations, as it can be tied to many health issues. I came across Xcode Life where I could upload the raw data from 23andMe (which was very easy by the way) and get additional info. While I was doing it I decided to also get the Covid related test out of curiosity. I got the results the same day. I even had some questions and their customer service is on point. Extremely helpful and quick response time.
Rebecca Burwell

March 14, 2022
I’m so glad I found Xcode!
Wow! The amount of data and reports that you get after just an hour’s wait is immense! I finally have some answers I always wanted from my original dna company (ancestry). All I had to do is upload the data and after a short wait I received all of my reports. If you are unsure of which package to buy - do the biggest - it is so worth it!
Katy Strong