The DNA Blog » Genetic Traits » Why Does Cilantro Taste Like Soap? 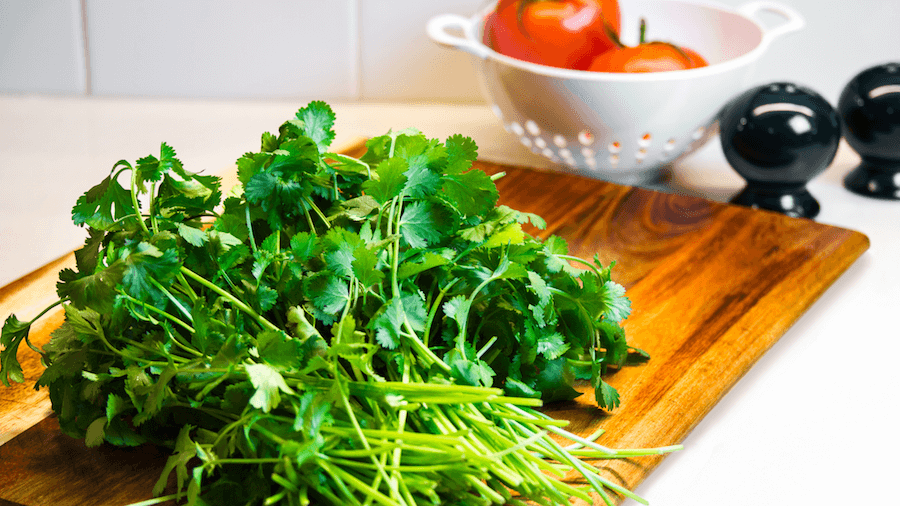 Cilantro is a very divisive herb - some people like it, and some can’t stand the “soapy” taste of it. What’s the deal behind this phenomenon?

Turns out your taste receptor genes can influence how you perceive the taste of many food items, including cilantro.

You can learn all about these genes and everything else there is to do with nutrition with Xcode Life’s Gene Nutrition Report.

Cilantro is a herb that comes from the coriander plant.

It is used as a flavoring agent in many cuisines worldwide.

Parsley, dill, fennel, and cumin are similar to cilantro.

However, some people find the taste of cilantro to be unpleasant.

They complain that the taste of cilantro is soapy.

Researchers are trying to understand why some people dislike the taste of cilantro.

They have found some fascinating answers to this question.

Cilantro tasting like soap has an interesting connection to our genes.

Scientists have found that those who find cilantro unpleasant share a joint gene group or cluster.

This gene group is called OR6A2.

OR6A2 helps us pick up certain smells, specifically those of aldehydes.

People who have this gene are known to be sensitive to cilantro.

People from diverse geographical regions can have this gene.

Apart from the OR6A2 gene, there are three other genes whose presence makes people hate cilantro.

One of these is a smell receptor; the other two detect bitterness.

These genes might also be involved in making people dislike cilantro.

The Role Of the OR6A2 Gene in Cilantro Taste Perception

OR6A2 is a smell (olfactory) receptor that picks up the smell of aldehydes.

Aldehydes are a group of organic chemical compounds also used in soapmaking.

Incidentally, cilantro has aldehyde naturally present in it.

Therefore, people with this gene who are sensitive to the aldehyde smell dislike cilantro.

One can find the OR6A2 gene in people from diverse ethnic backgrounds.

Interestingly enough, this gene is less common in people whose cuisine includes a lot of cilantro.

It might be harder to find this gene in Indians and Central Americans than in people from other parts of the world.

The answer might be because Indian and Central American cuisines have a lot of cilantro.

Scientists have studied this gene further.

The passing of the OR6A2 gene through generations is a rarity.

This finding needs to be clarified why people who eat cilantro-heavy foods have few OR6A2 genes.

How To Get Over Cilantro Aversion?

Disliking cilantro is genetic and is tough, but not impossible, to overcome.

On the other hand, choosing not to eat cilantro might keep you from enjoying certain dishes.

One way to make the taste of cilantro more bearable is to expose yourself repeatedly to it.

Try adding it to your words a little at a time.

To reduce the intensity, you might also mince or crush it.

It will reduce the impact of the taste and make it more manageable.

Over time, you might become less sensitive to the taste of cilantro.

Some people who dislike cilantro replace it with parsley.

The two herbs are very similar to each other and almost give the same flavors to any dish.

However, parsley does not have the soapy taste of cilantro.

Cilantro is an herb used across many cuisines as an aromatic and flavoring agent.

However, some people complain that cilantro tastes bitter and soapy.

Scientists have now found that this might be due to a gene in some people.

The OR6A2 gene is a smell-receptors that detects the smell of aldehydes.

Using aldehydes in soapmaking is common.

It is why some people dislike cilantro.

Interestingly, this gene is found less frequently among groups who regularly eat cilantro.

One way to reduce this sensitivity might be to eat small portions of cilantro periodically.

Cilantro can also be replaced with parsley, as it gives the same flavors without activating the OR6A2 gene.

May 31, 2021
Simply the best DNA service
I am very pleased with Xcode professional service. My comprehensive reports was generated fast. I could find out a lot about my health, allergy, fitness, nutrition and skin info I never knew before from my raw DNA data. Xcode has the best deal prices on the internet. Highly recommended you won't regret.
Seb B

July 2, 2022
Go there, they are the best!!!
Wonderful place to get an analyze of your DNA. It can take some time, but the details you get are OUTSTANDING!! This is brilliant service. Great customer service as well. I love this place and can only recommend everyone to take this. Worth the wait, worth the result and gives you answers to your life. Do not hesitate, go here, let them analyze your DNA, top notch service!!!
Rabih Massri

March 12, 2021
Very detailed health guidance
I didn’t know what type of information I will get exactly and I was skeptical, but after taking the test I discovered so much more about my self and how my body functions , there was so much informations and detailed guidance on how I can benefit from MY DNA test. Especially about food and exercise types that suits my body to maintain a healthy life style. I strongly recommend Xcode
Allie Casares