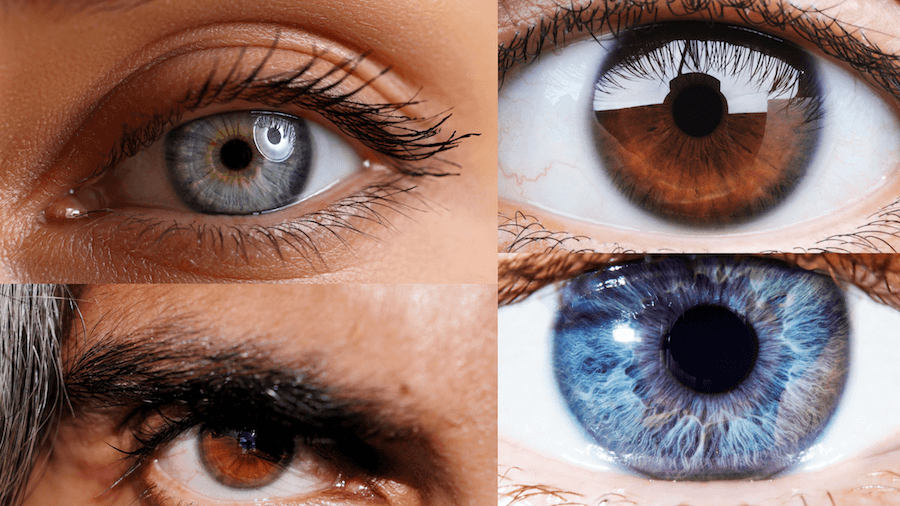 Pigments Behind Your Eye Color

In fact, a few people have different colors in both their eyes.

Despite these varying eye colors, you will be surprised to know that there are just two pigments in our eyes - brown and red.

The colored part of the eye is called the iris. The iris contains pigment-forming cells called melanocytes, the same ones present  in our skin.

The varying shades of eye color depend upon the amount of pigment produced.

For example, people with dark eye color have a large amount of brown-black eumelanin, whereas those with light blue eyes have very little pigment.

Is Eye Color Genetic? - The OCA2 and HERC2 Genes

Just like fingerprints, eye color is unique to an individual and is genetically determined.

Two genes located close to each other on chromosome 15– OCA2 and HERC2 are said to play an important role in eye color determination.

Though the OAC2 gene influences 75% of eye color, other genes also play a role in melanin production.

The OAC2 gene gives instructions to produce P protein that helps in the maturation of melanosomes (cellular structures that make and store melanin).

The P protein influences the amount of melanin in the iris.

Common changes (called variations or polymorphisms) in the OAC2 gene may reduce the amount of P protein produced.

People with less P protein have less melanin in their eyes.

This also means they may have blue eyes instead of brown.

The HERC2 gene is located very close to the OAC2 gene.

A part of the HERC2 gene is also called intron 86. This region regulates the activity of the OAC2 gene.

At least one polymorphism in the HERC2 gene area has been shown to reduce the OAC2 gene and decrease P protein production.

This results in less melanin in the iris and light-colored eyes.

Though eye color is genetically-determined, it is also an inherited trait.

For a long, scientists believed that a single gene was responsible for an individual’s eye color. However, the inheritance of eye color is far more complex.

The study of inheritance and genetics of eye color are still in the nascent stages.

Can Eye Color Be Predicted?

It is impossible to predict a baby's eye color with 100% certainty.

But with certain genetic rules, it is possible to make a fair guess.

For example, the brown eye is a dominant trait - this means it can hide traits of green and blue eyes.

To find the possibility of recessive traits, it's helpful to know the grandparents' eye colors.

May 31, 2021
Simply the best DNA service
I am very pleased with Xcode professional service. My comprehensive reports was generated fast. I could find out a lot about my health, allergy, fitness, nutrition and skin info I never knew before from my raw DNA data. Xcode has the best deal prices on the internet. Highly recommended you won't regret.
Michelle Casterline

March 30, 2021
Very helpful and quick response time
Definitely worth the money! I had recently did the 23andMe testing and I've always been more curious on my MTHFR mutations, as it can be tied to many health issues. I came across Xcode Life where I could upload the raw data from 23andMe (which was very easy by the way) and get additional info. While I was doing it I decided to also get the Covid related test out of curiosity. I got the results the same day. I even had some questions and their customer service is on point. Extremely helpful and quick response time.
Whitney Harper