Role Of Genetics In Anorexia Nervosa 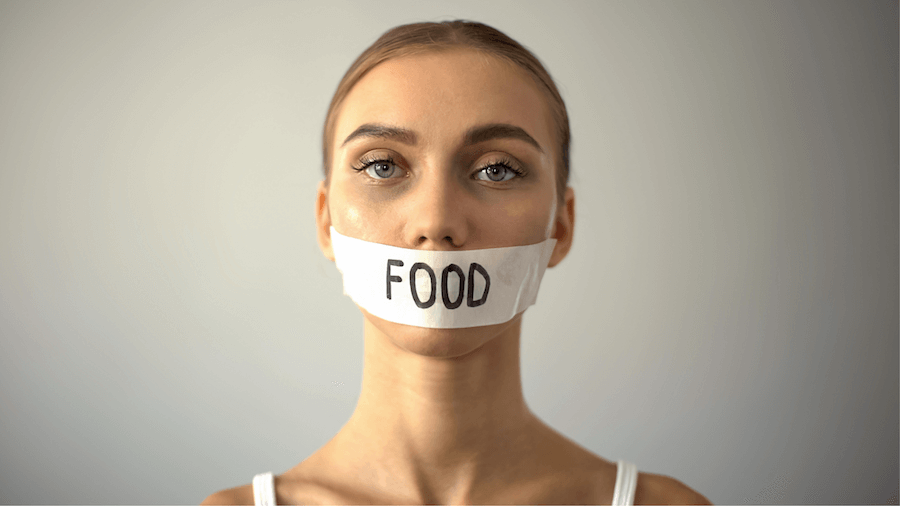 Is Anorexia Genetic? Anorexia nervosa, an eating disorder that is characterized by self-starvation and excessive weight loss, has been on the rise in the United States over the past few decades. Though the exact cause of anorexia nervosa is unknown, research suggests that it may be caused by a combination of genetic and environmental factors. Some studies have found that people with anorexia nervosa are more likely to have relatives with the disorder, which suggests that genetics may play a role.

What Is Anorexia Nervosa?

Anorexia Nervosa, also known as just anorexia, is a psychological and potentially life-threatening eating disorder that is characterized by an excessive fear of weight gain.

Anorexia is typically common in adolescent girls and young women, but anyone can develop this metabolic condition.

Professionals such as athletes, models, actresses, etc., who are expected to be fit and lean at all times tend to develop this condition more commonly.

The signs and symptoms of this metabolic disorder can be classified into – physical, psychological, or behavioral.

Physical signs and symptoms include:

The psychological or behavioral signs and symptoms include:

The role of genetics in eating disorders has been a subject of research for decades.

Some studies have suggested that having a family member with an eating disorder can increase your risk 7-12 times.

A study published in the American Journal of Medical Genetics reported that the risk of anorexia increased by 11-fold in people with a family history of anorexia.

The risk is 0.5% for the general population without a family history of anorexia.

Previous studies in twins suggest that anorexia is 50 to 60 percent heritable - meaning 50 to 60% of the variability in anorexia can be explained by genetic differences among people.

A 2017 study has reported that anorexia nervosa has large and significant genetic correlations with psychiatric and metabolic traits.

Some of these genes also overlapped with other psychiatric disorders like OCD (Obsessive Compulsive Disorder), depression, schizophrenia, and anxiety.

The genes identified in this study are involved in signaling your brain’s appetite.

Any errors in this gene can cause blockages in appetite pathways, affecting how a person interprets hunger.

Other Risk Factors For Anorexia Nervosa

Individuals with OCD have a higher risk of developing anorexia.

They are more likely to follow strict diets, forego eating and go hungry for days without food.

They also tend to go to extremes to achieve perfection; in this case, they may keep feeling they aren't at their “ideal” body weight.

Many people tend to develop anorexia due to societal pressure that gives a lot of importance to “being thin.”

In youngsters, especially girls, peer pressure may fuel their desire to be thin, leading to eating disorders.

Anorexia is more common in women.

Though studies are still underway, a new study has suggested that there may be a neurological reason for the disparity of the disease occurrence in men and women.

Women are more likely to experience a negative perception of their bodies than men, making them think they must be 'thin.'

Anorexia is more common in teenage girls, but there has been a rising trend of this disease in women over 50-years-of-age.

Effects of Anorexia on the Brain: The Neurobiological link

Eating disorders like anorexia can significantly affect the nervous system and the brain.

The following are some effects anorexia has on the brain:

Research studies have been conducted on individuals who have recovered from anorexia, and their brains showed a different reward response.

They have reported that these individuals’ brains react differently to feedback and have different serotonin pathways.

These effects are observed in people who have long recovered from anorexia and those who are actively anorexic.

However, whether these changes in pathways and brain responses are seen before a person develops anorexia remains unknown.

Anorexia and Insomnia: How Does Anorexia Affect Sleep?

Eating and sleeping are our bodies' necessities, and not getting enough of either can change how our body works.

There is an obvious connection between eating disorders and insomnia(the lack of a good amount of quality sleep).

Other features of anorexia, such as weight loss, malnutrition, and starvation, also significantly impact sleep and result in insomnia.

Multiple studies are currently underway that show insomnia and anorexia are intricately linked.

However, it is still unclear which comes first – insomnia or anorexia, but it is likely that they have parallel paths and appear together.

This link is important not just for those suffering from eating disorders and insomnia but also for the general population.

Is Social Media A Driver Of Anorexia?

Social media generally doesn’t cause any eating disorder; however, it can definitely be a contributor.

Social networking sites have become one of the most popular tools for modern people to share their lives.

The information shared on social media can significantly influence how a person thinks, feels, behave, and even their overall mental health.

The impact is even more on a person’s self-image and self-esteem.

A 2017 meta-analysis identified a positive correlation between the use of social media and irregular eating behaviors.

The study further confirmed that the excessive use of social media is associated with an increased risk of disordered eating behaviors.

Anorexia Nervosa: Let’s Get The Myths and Facts Right

The American Psychiatric Association classifies eating disorders as mental illnesses that often develop due to unresolved underlying issues that, if left untreated, can result in more serious medical conditions.

Though women are at a higher risk of developing AN, it doesn't mean men cannot develop this eating disorder. A recent study at Harvard University suggests that 25% of the people with anorexia and bulimia are men. Their numbers are low because they often go unreported or undiagnosed.

People believe that those who develop eating disorders like anorexia continue to suffer from the disorder all their life. However, this is not true. This eating disorder is treatable with proper treatment, effort, and time.

Though most people suffering from anorexia restrict or binge/purge food, the obsession is with being 'thin' and is not all about food. Eating disorders are due to a combination of biological, psychological, and socio-cultural factors and are not just about food.

Patients who are suspected to be suffering from anorexia are diagnosed as per DSM-5 or Diagnostic and Statistical Manual of Mental Disorders- Fifth Edition, published by the American Psychiatric Association in 2013.

As per the criteria mentioned in the manual, a person is anorexic if they fulfill the following criteria:

By keeping the above DSM-V criteria in mind, doctors will perform multiple tests to rule out any other disorders. These tests include

Other Tests: X-rays to check for bone density and fractures and ECG to detect any cardiac abnormalities.

Treatment and Management of Anorexia Nervosa

The treatment is usually a team approach and involves efforts by doctors, mental health specialists, dieticians specialized in eating disorders and the willingness of the patient.

If the patient suffers from serious effects of eating disorders, they may need hospitalization.

It can help correct medical complications, malnutrition, and psychiatric problems.

After the emergency aspect of the patient's condition is taken care of, the next step is to bring their weight to normal levels.

It is done by monitoring the patient's caloric intake and working with psychotherapists and psychologists to develop behavioral strategies to help modify their thinking about 'healthy weight.'

A dietician works to constantly monitor what the patient is eating and ensures they meet all their daily nutrition requirements.

The treatment process and management are incomplete without mental and emotional support from family and friends.

If you are diagnosed with anorexia, it is important to seek the advice of a qualified medical practitioner.

Having said that, some homo remedies can help manage the condition.

Anorexia is one of the most dangerous mental health illnesses to have as it can be potentially life-threatening.

The road to recovery when it comes to eating disorders, including anorexia, is hard but is possible.

Most people who do not understand the disorder believe that it is a problem with 'eating' and that 'eating food' can help resolve this condition. But, in reality, it is far from being so.

Though the focus on anorexia is on food, the real problem is disordered thoughts about food.

The mind and body of those who suffer from anorexia are undergoing an illness.

Compared to substance abuse, wherein your body recovers by not taking the substance, eating disorders are more difficult as we need food to live.

The recurrent disordered thoughts come to the person's mind multiple times and slowly take over.

In most cases, these individuals appear to have healthy lifestyles, but in reality, they are facing a war within themselves.

In a nutshell, treating eating disorders is not simply asking people to eat food but rather an ongoing process of controlling their thoughts and feelings that prompt such behavior.

May 10, 2021
Accuracy is spot-on
I have used Xcode for multiple reports and I would highly recommend the service for all friends and family. The accuracy is spot on, the cost is affordable and reports are delivered back very quickly. I was able to use my MTHFR report I did years ago for proper detox methods, and my most recent, covid reports, which I did for all my family members, to add awareness of how it might affect me.
Stephen D