The DNA Blog » Genes and Health » Is Gout Hereditary? 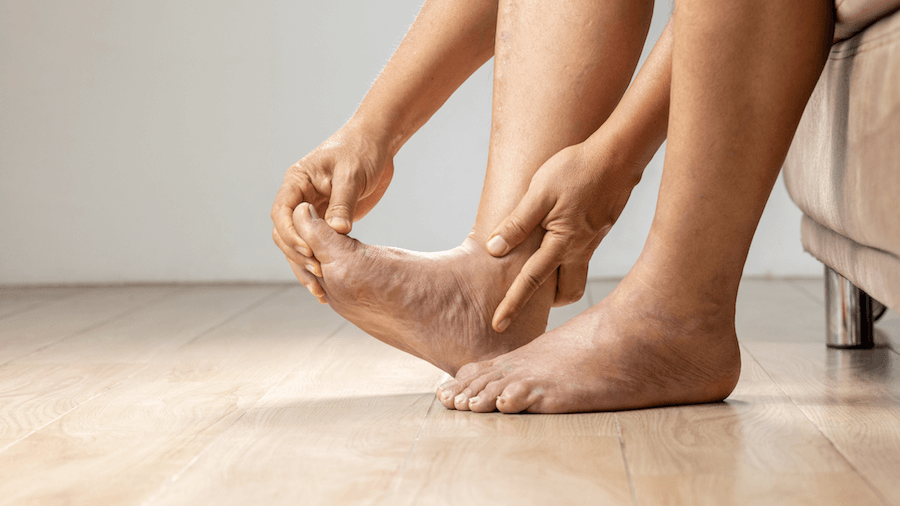 In the sample report below, we've attempted to analyze some important genes that increase the risk of gout.

You can identify your genetic risk of gout by using your 23andMe DNA data and placing an order for the Gene Health Report.

Gout is one type of arthritis that results in inflammation, tenderness, and redness of one or more joints (ankles, wrists, fingers, and knees), most frequently the big toe joint.

People with gout have high levels of a chemical compound called urate or uric acid in their blood (hyperuricemia).

Uric acid is formed when purines break down, which are found naturally in the body.

Purines are substances obtained from certain seafood and meat.

Generally, uric acid dissolves in the blood and is excreted by the kidneys through the urine.

But sometimes, the body produces excess uric acid, or the kidneys excrete too little uric acid.

During this stage, uric acid builds up and forms sharp, needle-like structures called urate crystals that accumulate in joints, and the immune system reacts by causing inflammation.

Gout can be classified into two types based on the source of accumulation of uric acid:

Primary gout is due to overproduction or under-excretion of uric acid.

It is because of factors like dietary excess, excessive alcohol consumption, and metabolic syndrome.

Secondary gout is due to medications that induce hyperuricemia while treating myeloproliferative diseases.

Secondary gout is mostly a result of the comorbidity of such diseases.

Gout sufferers frequently experience sudden, excruciating pain attacks that start at night and linger for up to 12 hours.

This extreme discomfort which usually begins at night is a significant symptom of gout.

Most people only have pain in one particular joint. Your big toe is commonly where it starts, although it can happen anywhere.

Other gout symptoms include:

Gout is substantially inherited. In other words, you might get gout if you have a family member with the condition.

They discovered strong evidence that gout runs in families with higher risks for those with first- and second-degree relatives with the condition.

The risk of developing the condition rises when more first-degree relatives get diagnosed.

What Percentage Of People With Gout Have Relatives With The Condition?

65% of gout cases are heritable. The measure of a genetic effect is heritability.

An estimated 20% of gout sufferers have a relative with the condition.

Your risk is higher if it's a first-degree relative, such as a sibling or parent.

The impact of genetics on the likelihood of developing gout was significantly bigger than that of food, according to a 2018 meta-analysis of the genetics and eating habits of more than 16,000 healthy American people.

Genes that code for urate transporters play a prominent role in gout.

A variation in one of these urate-related genes may cause gout.

The SLC2A9 gene codes for a protein called GLUT-9 found in your kidneys.

Your blood is filtered by your kidneys, which also excrete waste as urine.

The protein aids in the reabsorption of urate back into your blood.

It also assists in the removal of urate through urine.

This may result in hyperuricemia and, eventually, gout.

A protein that is primarily present in your stomach and liver.

The protein is in charge of enabling your intestines to release urate.

This lets your body expel urate through your stool or poop.

However, if your ABCG2 gene is altered, the protein won't be able to release urate into your intestines as it should.

Your urate excretion may decrease; as a result, increasing your urate levels and leading to gout.

Who Is Prone To Gout?

You have a higher risk of getting gout if you:

Family history plays a vital role in passing the disease through generations.

Uric acid levels are comparatively higher in men than in women. Though women develop mild symptoms after menopause, men develop the condition by their mid-30s to 50s.

Obesity leads to excessive production of uric acid, which the kidneys struggle to eliminate.

Can Genetic Testing Predict The Likelihood Of Developing Gout?

It is possible to have a genetic test for gout.

You are more likely to get gout if you carry more risk alleles.

A doctor can advise you if you should get genetically tested for gout.