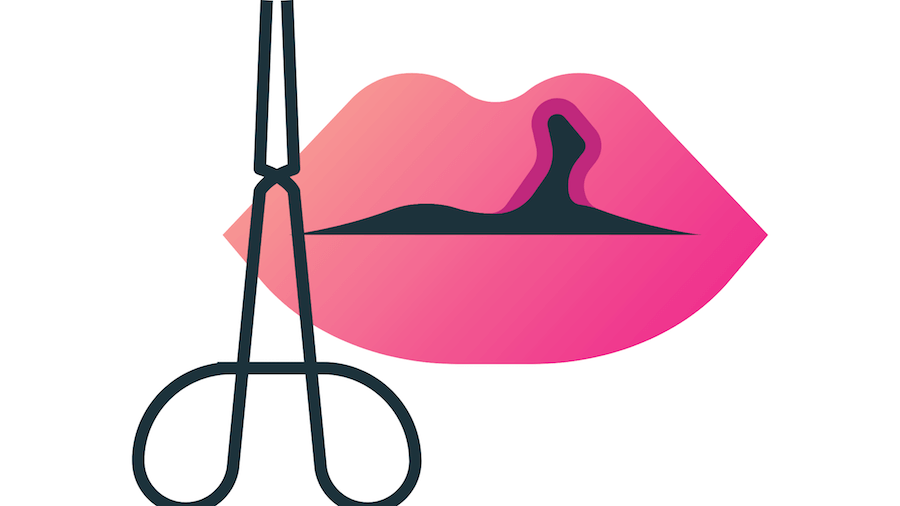 Is cleft lip genetic? A cleft lip is a congenital disability where the upper lip and nose do not form properly. It is one of the most common congenital disabilities in the world. Cleft lip is usually due to a combination of genetic and prenatal factors. Most people with cleft lip have no family history of the condition. However, certain genes may increase the risk of cleft lip.

What Is Cleft Lip and Palate?

Cleft lip and cleft palate (CLCP) are common congenital disabilities that occur when the baby’s lip and mouth parts do not develop well during pregnancy.

Together, these defects are called orofacial (relating to mouth and face) defects.

They can be isolated or associated with other inherited conditions and genetic syndromes.

In cleft palate, the two halves of the roof of the mouth don’t join completely.

With cleft lip, the tissue forming the lip does not join completely before birth.

The cause of CLCP is unknown.

The most common treatment option for CLCP is surgery.

Those treated for cleft lip or palate typically have normal lives.

How Does Cleft Lip and Palate Develop?

Around the end of the first month or beginning of the second month of pregnancy, the baby’s mouth develops as two halves which grow closer together and fuses by the 6th or 8th week of pregnancy.

This fused part moves forward and backward to form the lips and uvula, forming the full mouth by the 10th week of pregnancy.

With cleft palate or cleft lip (or both), the two halves of the palate do not fuse.

How Many Babies are Born with Cleft Lip/Cleft Palate?

Around 1 in 1000 babies are born with CLCP worldwide.

However, research points to combinations of different genes as a risk factor for cleft lip.

According to a study, the risk for cleft lip in first-degree relatives with a family history of this condition is 32 times higher than those without.

To date, 13 genome-wide linkage scans have been performed for CLCP.

They have identified several candidate genes for cleft lip, some of which are:

A 2014 study reviewed the plausible biological role of a few of these genes in cleft lip and cleft palate.

Determining the inheritance of cleft lip is tricky, as it is associated with several conditions.

If a parent has cleft, the child has a 2-8% chance of inheriting it (if cleft lip is seen as a condition by itself).

If the parent’s parents or siblings also have cleft lip, the inheritance chances raise to 10-20%

However, if it’s associated with other genetic conditions, the inheritance can be as high as 50%.

A family history of cleft lip, with the parents unaffected, gives rise to an inheritance rate of <1%.

With no family history at all, the likelihood of having a child with cleft is 0.14%.

According to the CDC, those who smoke during pregnancy are at an increased risk of having a baby with an orofacial cleft than those who don’t smoke.

Studies hypothesize an association between clefting and errors in the alcohol-metabolizing gene ADH1C.

A study reported that errors in alcohol metabolism combined with heavy maternal alcohol consumption increase the risk for orofacial clefts.

Some evidence supports that women with diabetes before pregnancy are at increased risk of having a baby with cleft lip.

Medications that treat seizures (like topiramate or valproic acid) taken during pregnancy (first trimester) can increase cleft lip risk in the baby.

Ultrasound can pick up cleft lip anywhere between 18-21 weeks of pregnancy.

However, it can be difficult to diagnose some cases of clefting through routine ultrasounds.

In this case, it can be diagnosed immediately after birth or within 72 hours.

Surgery is the most common treatment option for cleft lip.

It is done within the first 12 months of life.

Surgical repair not only improves the appearance but also breathing, hearing, and speech clarity.

Orthodontist support may be helpful in looking after the child’s dental health.

Children treated for cleft lip tend to have normal lives.

If the cleft lip is a manifestation of another genetic condition, their outlook will depend on the nature of the underlying condition.

Surgery for cleft correction doesn’t have major side effects except for a small scar that fades over time.

A cleft lip is a congenital disability resulting in improper lip or mouth palette closure.

Cleft lip develops during the 10th week of pregnancy and is a condition by itself or associated with other genetic conditions.

Cleft lip in parents, siblings, or second and third-degree relatives can increase the risk of a child being born with this condition.

Genes implicated in cleft lip play a role in the development of craniofacial features.

Routine ultrasound typically picks up cleft lip, and this condition can be treated within a year of birth.

Once treated, it is possible to live a full and normal life.