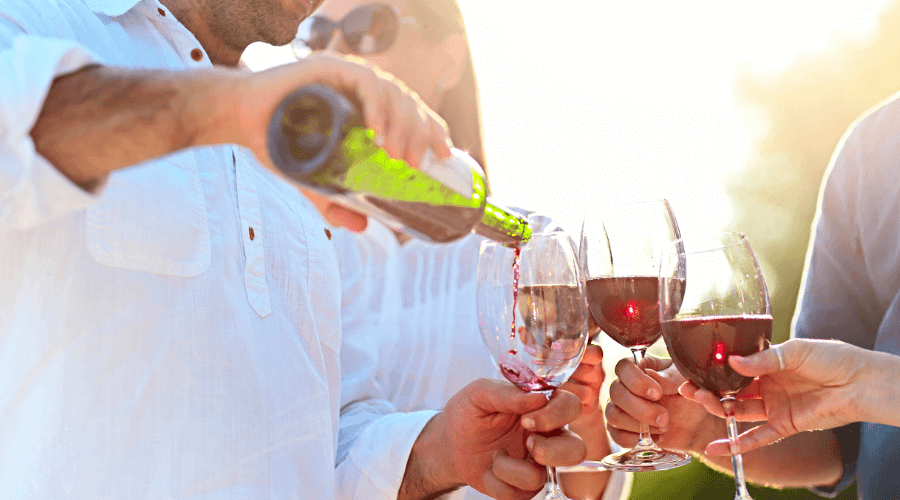 Does your face turn red after a couple of sips of wine? Do you sense facial flushing whenever you go out for drinks? This facial flushing is technically known as the alcohol flush reaction. It is caused by a genetic fault known as ALDH2 deficiency or Aldehyde Dehydrogenase 2 deficiency.

Nearly 36% of the East Asian population has ALDH2 deficiency. Due to its high prevalence among Asians, it is also called the Asian Glow.

What is this deficiency, and what does drinking have to do with it?

It's all linked to how your body processes alcohol. When you drink, most of the alcohol is taken to the liver and converted into acetaldehyde by an enzyme called alcohol dehydrogenase. Acetaldehyde is a dangerous chemical compound, classified as a group 1 carcinogen, or cancer-causing substance, by the WHO. A build-up of acetaldehyde takes a bad toll on the body.

But, don't worry, our body has a way to fight this. The savior is the ALDH2 enzyme, which converts the harmful acetaldehyde to acetic acid. Acetic acid is not harmful to the cells. But this defense mechanism doesn't guarantee a free pass to drink all you want. If you're ALDH2 deficient, the conversion of acetaldehyde to acetic acid happens at an extremely slow pace. This may result in a rapid build-up of acetaldehyde in the body. Other than a dreadful hangover, this can also cause flushing, headaches, vomiting, and heart palpitations.

The major concern is the increase in the risk of esophageal and head and neck cancer due to acetaldehyde accumulation. According to a study, if an ALDH2 deficient person drinks less than two cans of beer every day, the risk of esophageal cancer is 40 times higher than a normal person. If the same person drinks more than two cans a day, the risk increases by 400 times.  When combined with smoking, the risk further increases. The acetaldehyde produced by burning tobacco is seven times more than the amount from drinking.

Test For ALDH2 Deficiency At Home

You can find out all by yourself. All you need is a band-aid and some strong alcohol or liquor.

This is obviously not a 100% accurate diagnosis.

If you are looking for a diagnosis, a genetic test would be the way to go!

Genetic tests can help find out if you carry faulty genes that may increase your risk for alcohol flush. Most genetic tests provide your DNA information in the form of a text file called the raw DNA data. This data may seem like Greek and Latin to you.

We can help you out at Xcode Life and interpret all this information for you. All you have to do is upload your raw data and order a nutrition report. Xcode Life then analyzes your raw data in detail to provide you with comprehensive nutrition analysis, including details on Alcohol Flush Reaction!