How Genes Influence Your Selenium Requirements 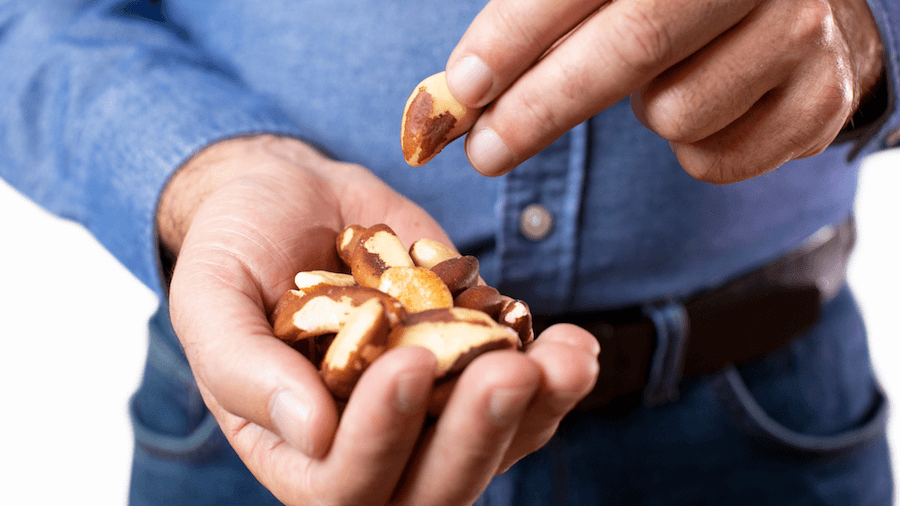 Selenium (Se) is an essential micronutrient (nutrients needed by the body in small quantities). It is required for its role in antioxidant activity, immunity, and thyroid function.

The natural forms of this nutrient in our body are selenocysteine and selenoproteins. Humans are known to have 25 selenoproteins, with selenoprotein P and glutathione peroxidase (GPx) among the most studied. Most of the selenoproteins found in the body play a role in antioxidant function.

Most of the selenoproteins found in the body play a role in antioxidant function.

Some other important functions of selenoproteins include:

The inorganic (chemically-derived) forms of selenium are available as selenide, selenite, and selenium. Selenium is taken up from the soil by plants, so dietary levels depend upon the soil's selenium content.

The Story Behind Selenium Needs

From an evolutionary point of view, humans adapted to selenium needs based on their geographical location. During early human migration, they inhabited areas with differences in the soil levels of certain micronutrients, like selenium.

Over the years, the body learned to adapt itself to the selenium availability in the soil. Thus, the soil concentration, along with the dietary practices of different populations, brought about the differences in the selenium requirements.

While selenium is very important for its function as a selenoprotein, it was essential to regulate blood levels of selenium to reduce the risk of selenium toxicity in areas with high environmental selenium levels.

Some types of genes involved in selenium uptake and metabolism helped adapt to the environmental levels of selenium. For example, in regions with low selenium levels in the soil, people with higher/better absorption of selenium from the diet may have had a survival advantage.

On the other hand, regions of high selenium levels, people with lower absorption levels may have had an advantage.

The RDA Of Selenium

The RDA of selenium for a healthy adult is 55 µg/ day, while the normal blood levels are between 70 to 150 ng/mL.

The CBS gene carries the instructions to make the enzyme cystathionine beta-synthase. This enzyme is responsible for converting a harmful amino acid, homocysteine, to another amino acid, cysteine, which is safe for the body.

Some changes to the CBS gene play a role in the build-up of homocysteine in the body, causing many negative health implications.

It also leads to lower selenium levels in the body.

Thus, the changes in the CBS gene that bring about the buildup of homocysteine can also cause selenium deficiency.

rs6586282 is located on the CBS gene and regulates serum homocysteine and selenium levels. 85% of the people have a normal type of the CBS gene, while 15% have the type that could put them at risk for selenium deficiency. The T allele affects the clearance of homocysteine and causes its build-up, and is hence associated with lower levels of selenium in the body.

The amount of selenium present in food sources is largely influenced by soil quality and other factors like rainfall and evaporation.

Selenium deficiency can result in several health issues like:

Selenium toxicity: While selenium supplementation is very important for people with selenium deficiency, excess selenium can lead to a condition known as selenium toxicity. The safer upper limit for selenium is 400 micrograms a day for healthy adults. Anything above that could lead to toxicity, characterized by symptoms like fatigue, discoloration of the nail, brittleness, irritability, and garlic breath. Long-term or chronic toxicity can lead to loss of fertility and hypothyroidism.

Is There A Test To Identify Selenium Levels?

What Are The Health Benefits Of Selenium?

Selenium Can Protect Against Respiratory Infections

Selenium increases type 1 immunity against viral infections and restricts viral mutations. Viruses undergo changes to adapt to the human body better and escape any treatment against it.

Identifying people at risk of selenium deficiency and supplementing their need may help in its use as adjuvant therapy (an add-on therapy other than the primary treatment) to treat viral infections.

RSV or respiratory syncytial virus is a type of virus that causes respiratory infection with cold or flu-like symptoms. A study conducted on 75 children with respiratory diseases due to RSV showed the selenium supplementation helped relieve the symptoms faster.

A  study conducted on people who tested positive for HIV showed that supplementation with selenium resulted in a reduced number of viral particles and an increase in T-immune cells.

Selenium influences the chemicals that are known to play an important role in affecting mood and behavior in animals and humans. Thus, this nutrient is required for the brain's normal functioning. Selenoprotein P (SELENOP) plays a role in the transport of this trace mineral in the body.

Selenium supplementation plays a role in improving mood-related issues. In a study conducted by Benton and Cook, 100mcg of selenium was given to the study population, while controls were given a placebo. The study found that supplementation with selenium resulted in an improvement in the mood.

In another study by Gosney et al., micronutrient supplementation and its effect on the mood of nursing home residents were studied. Eight weeks after supplementation with 60 mcg of selenium, there was a reduction in depression scores.

As selenium affects cognitive function, a deficiency in selenium levels can play a role in memory problems, lack of mental acuity (sharpness), or (in non-clinical terms) brain fog.

Preeclampsia is a condition in which pregnant mothers have high blood pressure, potentially affecting their pregnancy. A study on nearly 500 women showed that supplementation with selenium resulted in a 72% reduction in preeclampsia risk compared with controls.

Selenium Can Help With Psychomotor Development In Children

A study conducted on mother and child to understand the impact of selenium on psychomotor function (the relationship between physical actions and cognitive function) showed that maternal selenium levels during the first trimester (in pregnancy) play a role in motor development during the child's first year.

The same study showed that the level of selenium in cord blood (blood in the tube that connects the mother to the baby) had a positive relationship with the child's language development at two years.

The primary step towards adequate levels of selenium is to eat foods rich in selenium. The National Institute of Health recommends that 55µg of selenium should be consumed every day by people over the age of 14.

Selenium is an important mineral required for many processes like the regulation of the thyroid gland and anti-inflammatory activities. The body cannot produce selenium, and hence it needs to be consumed through dietary sources. For selenium to perform its function, it needs to be absorbed and utilized well by the body. Some genetic factors can put you at risk for selenium deficiency, which can lead to a weakened immune system, muscle pain, and hair loss. Health conditions like HIV and Crohn’s disease can also put you at risk for selenium deficiency. Ensuring adequate intake of selenium is important for the body. Some common food sources include rice, beans, wheat bread, and tuna.

September 15, 2022
So pleased I ordered the Methylation Report.
I’m so glad I confirmed once and for all about my MTHFR status. I had a raft of tests done last year by a practitioner which certainly pointed to under-methylation, including slightly elevated homocysteine, and other signs and symptoms, but the genetic testing they offered was extortionate. After completing my AncestryDNA I was able to upload my raw data file with Xcode Life at a very reasonable $20 and receive a report that was very easy to understand and which included details on some 42 gene SNPs in my profile relating specifically to methylation. My current health issues are moderate, not critical but I now have a concrete plan on how to go about lowering my homocysteine and checking it’s status every year as guide for health. Given my mother and both maternal grandparents had significant cardiac issues, this feels very prudent. I would definitely recommend Xcode Life as an economical option for unravelling one’s genetic markers.
Chelsea B

August 7, 2022
Highly recommend for cutting edge research
Although sceptic of any third party genetic research company, I referenced all of the results I received with my raw data and the scientifically reported papers and they all were accurate in both my genome and scientific results. I appreciate the work being done by this company and the resources they provide.
Bethany Jackson