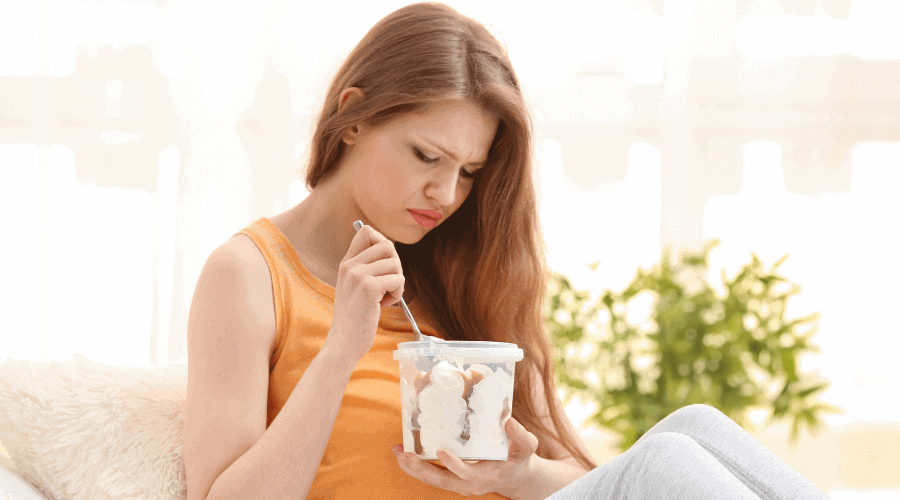 When an individual feels low or encounters negative emotions, the feeling is often accompanied by emptiness. Food is believed to fill that void by providing temporary pleasure and satisfaction. This practice of reaching out to food to suppress or soothe our negative thoughts can be called emotional eating.

Finding comfort in food might seem normal but can lead to several complications if the individual loses control over how much or what he eats.

Conditions like compulsive eating or binge-eating are subtypes of emotional eating. They occur only in extreme cases, wherein the individual bing-eats large portions as opposed to what’s optimum. About 3.5% of women and 2% of men in the US are diagnosed with binge-eating disorder at some point in their life.

So, it is clear that overeating is linked to emotional eating, but there is more to it; mind you, emotional eating is a very broad term. The interplay of foods and moods is extensive. We all enjoy a variety of foods at different time points. When people find themselves in a negative space, they automatically reach out to a candy bar or sugary snack to combat negativity.

But, one can argue that eating indulgent foods can also be triggered during events of happiness, and that is partially true. However, we are more likely to pick grapes over chocolates when in a neutral mood. This is because we often think of the long-term perspective when we are happy and the present/near-term events when we are sad. And, in such times, we tend to indulge in quick pleasures to absolve ourselves of the momentary pain.

What Is The Science Behind Emotional Eating?

Poor food memory is known to alter food consumption levels; sugary or carbohydrate-rich items, especially, tend to impair memory, leading to vicious cycles of overeating. This is because our brain remembers the satiating effects of a particular meal and registers an expectation in the future food intake. This influence in our eating experiences, therefore, plays a role in decision making during mealtime.

One of the main properties of food is its palatability that produces a sense of pleasure and addiction. Overeating of palatable foods can be triggered by the failure to downregulate the “wanting” and “liking” of the foods we consume.
Coupled with emotional biases, we tend to binge-eat without attending to our “wants” and “likes.” Many research studies suggest that obese people, more often than not, pay little attention to their food cues, while leaner people show a larger bias to their food cues. Their food consumption is a function of eating to satiety; in other words, they eat food only when hungry.

Appetitive responses to different foods vary and are habituated as they are eaten. It is a simple form of learning that limits the quantity or size of food that we eat. As we consume newer food varieties, we take more than optimum quantities and lose habitation, leading to increased meal sizes and overeating.

Dopamine, the ‘happy hormone,’ is an important neurotransmitter crucial for emotional and mental wellbeing. The DRD2 gene encodes the D2 Dopamine receptor. DRD2 variants can affect the D2 receptor activity and result in addictive or reward-dependent behaviors. Individuals carrying this variation run the risk of over-eating disorders as well as obesity. Such individuals consume palatable foods to compensate for the improper functioning of dopamine, especially during emotional times.

rs1800497
rs1800497 is an SNP in the DRD2 gene. It is also known as the TaqIA (or Taq1A) polymorphism. The A1 or the T allele of this SNP is associated with a reduced number of dopamine binding sites in the brain.
According to a study, the presence of even one copy of the A1 or T allele was associated with an increased risk for emotional eating.

Adiponectin is a 247-amino acid peptide that circulates in large amounts in plasma. The adipocytes (fat cells) play a crucial role in multiple functions like anti-inflammation, cardioprotection, etc., and it is known to regulate energy homeostasis and feeding behavior. Altered circulating adiponectin levels can lead to human eating disorders such as anorexia nervosa or bulimia nervosa (binge eating). Not only does it alter the eating cycles, but it is also observed to have effects on the psychological functioning and emotional health of humans.

rs1501299
rs1501299 is an SNP in the ADIPOQ gene. It is also annotated as c.276G>T.
A study analyzed the emotional eating behavior in young Nigerian adults. It was found that the T-allele in rs1501299 was associated with a decreased risk for emotional eating in the codominant condition - that is, GT when compared to GG and TT types.

Basically, any negative emotion is a contributor to emotional eating.
- Can be a symptom of atypical depression
- Uncontrolled stress can trigger the release of cortisol hormone, which can amp up your appetite
- An inability to express your emotions can lead to you stuffing them down. This can lead to uncomfortable feelings that may make you combat them with food.
- Childhood habits of being rewarded with foods like ice cream when on good behavior often get carried over to adulthood.
- Overindulging in food can often happen when others around you also overeat. This is often seen in social gatherings.

By not indulging in the ‘trigger emotions,’ even the most painful situations can be handled with ease. Following these tips can help reduce those curveballs and curb your intentions of excessive eating:

Practice mindful eating
When we feed our emotions with food, we do so in a quick manner to bulldoze through the pain, but we can certainly regulate that feeling by consciously judging our own decisions just seconds before eating. So, slow down, savor your food, and practice mindful eating.

Daily exercise
Make daily exercise part of the routine because physical activities can do wonders to your body and mind and act as a powerful stress-buster. Getting into a habit of exercising can help balance out your emotional triggers.

Avoid binge-eating while working
This often becomes a habit whereby people eat mindlessly while working or watching movies, and this can disrupt your attention towards the type or quantity of food that you consume. Over time, it is easy to get habituated to eating without a conscious mind. Avoid doing this to regulate eating habits.

Connect with important people
Connecting with people that are positive and are mindful can help you become more watchful of your eating habits.

Lower the intake of sugary substances
These high carbs, sugary foods can impair the hypothalamus’s function in encoding memory based on foods, leading to either improper eating or binge-eating in the subsequent intakes.

Make time for relaxation
To decompress and unwind, break from responsibilities, and relax; this can awaken you from your daily hustle and stress.