How Genes Influence Riboflavin (vitamin B2) and Blood Pressure Response 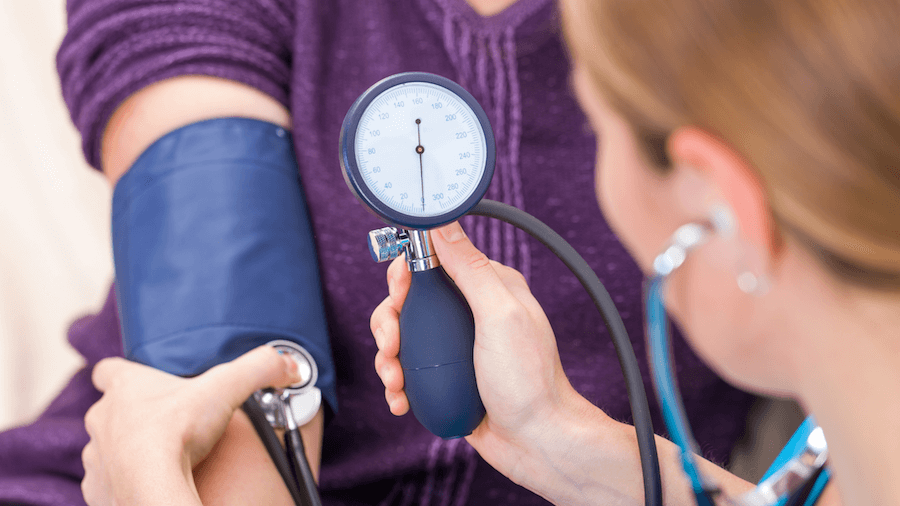 Just like how water exerts pressure on the walls of the pipes when flowing, blood too exerts pressure on the surface blood vessels. The pressure exerted must be constant and of a particular value. A drop or hike in this pressure may likely be a warning of an abnormality.
When the pressure exerted by blood on the walls increases beyond a certain level, it is known as hypertension or high blood pressure. Hypertension is a pretty common health condition, with nearly half the American population expected to be diagnosed with it.

Most people don't experience any particular symptom until the condition becomes severe. That is why hypertension is rightly known as the "silent killer." Even when people do experience the symptoms, they are almost always associated with other issues.
Some of these warning signals for hypertension include:
- Severe headaches
- Nose bleed
- Difficulty in breathing
- Chest pain
- Extreme tiredness and fatigue
- Sweating and anxiety

The causes of hypertension or high blood pressure are still being studied. Some of the well-accepted and scientifically proven causes are smoking, obesity or being overweight, diabetes, having a sedentary lifestyle (one involving very minimal physical activities), and unhealthy eating habits.

Riboflavin, or vitamin B2, is a water-soluble vitamin. B vitamins are important for making sure the body's cells are functioning properly.
In addition to energy production, riboflavin also acts as an antioxidant and prevents damages by particles called free-radicals. It is involved in the production of folate (vitamin B9), which is crucial for red blood cell formation.
People need to consume vitamin B2 every day because the body can only store small amounts, and supplies go down rapidly.

A study published by the American Journal of Clinical Nutrition revealed that one in ten people could significantly lower their blood pressure and, in turn, their risk of heart disease and stroke by increasing their vitamin B2 intake.

Previous studies have found an association between the 677C-->T polymorphism in MTHFR and hypertension. This transition from C to T results in increased homocysteine levels. About 30 to 40 percent of the American population may have a mutation at gene position C677T.

The relationship between riboflavin and hypertension was examined because riboflavin is known to have an important modulating effect on elevated homocysteine.

Another study showed that riboflavin (1.6 mg per day) lowers homocysteine levels in healthy adults with the TT genotype but not in those with CT or CC genotypes.

rs1801133 is an SNP in the MTHFR gene that is commonly studied. It is also known as C677T, Ala222Val, and A222V.
People with the TT type have a lower blood pressure upon riboflavin/vitamin B2 administration than those with the CT or CC type.

People whose blood pressure responds better to vitamin B2 should consider increasing their riboflavin intake. Vitamin B2 supplements can be taken after consulting with a qualified medical practitioner.

Another way to get vitamin B2 is through dietary sources.

Animal Sources of Vitamin B2

Plant Sources of Vitamin B2