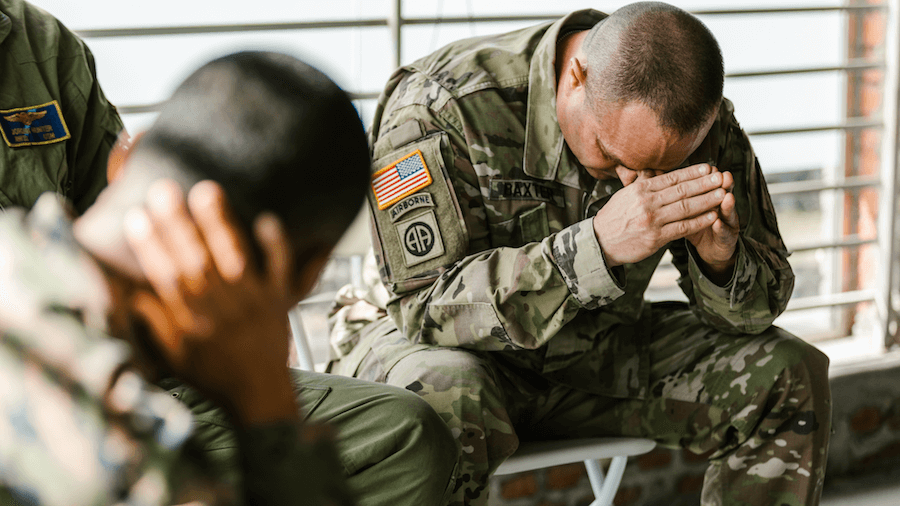 Answering whether PTSD (post-traumatic stress disorder) is genetic can be challenging.

While studies suggest that genes may play a role in 30% of cases, the complex interplay between genes and the environment makes it difficult to pin down specific gene variants.

In addition, PTSD often occurs alongside other mental illnesses, making it even harder to tease apart the relative contributions of genetics and environment.

One way scientists have tried to untangle the role of genes in PTSD is through genome-wide association studies (GWAS).

These studies look for small variations in the DNA of people with and without PTSD to identify gene variants that might be linked to the disorder.

What is Post-traumatic Stress Disorder (PTSD)?

PTSD is a mental and behavioral disorder that can occur after someone experiences or witnesses a traumatic event.

Some of the common PTSD are flashbacks, nightmares, trouble sleeping, and feeling angry or irritable.

For some people, the symptoms get worse and last for a long time, even years.

PTSD affects how a person thinks and feels and may present as a change in their personality.

When a person experiences or witnesses a traumatic event, it can have a lasting effect on their mental health.

PTSD symptoms can appear soon after the traumatic event or may not appear until months or even years later.

PTSD can cause a person to feel scared, anxious, and isolated. It can also lead to physical health problems.

If you are experiencing symptoms of PTSD, it is important to seek help from a mental health professional.

A terrifying event can trigger PTSD.

PTSD can occur after any dangerous or scary encounter, such as a car accident, natural disaster, terrorist attack, or sexual abuse.

It can also occur after witnessing someone else experience a traumatic event or learning that a loved one has been harmed.

A report from Harvard University shows that 30 percent of PTSD cases were explained by genetics.

According to the study, identical twins with smaller hippocampus were more likely to develop PTSD following tragic events.

The study further reported that symptoms of PTSD overlap with those of other psychiatric conditions like panic disorder and generalized anxiety disorder.

Genes that play a role in creating "fear memories" could be targets for potential therapeutic interventions for PTSD.

In 2019, scientists from the University of California San Diego School of Medicine and more than 130 additional institutions participating in the Psychiatric Genomics Consortium conducted the largest and most diverse genetic study of PTSD to date.

According to the authors, 5-20% of the variability in PTSD risk following a traumatic event.

The study team also reports that, like other psychiatric disorders, PTSD is highly polygenic - it is associated with thousands of genetic variants, each making a small contribution to the disorder.

Karastan Koenen, the senior author, also said, "based on these findings, we can say with certainty that there is just as much of a genetic component to PTSD risk as major depression and other mental illnesses."

Genetic Influences on Other Personality Traits

After evaluating certain symptoms, a qualified healthcare professional can help with PTSD diagnosis.

To be diagnosed with PTSD, the following criteria should be met:

These symptoms also must:

Psychotherapy and medications are commonly used treatment options for PTSD.