The DNA Blog » Genes and Skin » Is Vitiligo Genetic? 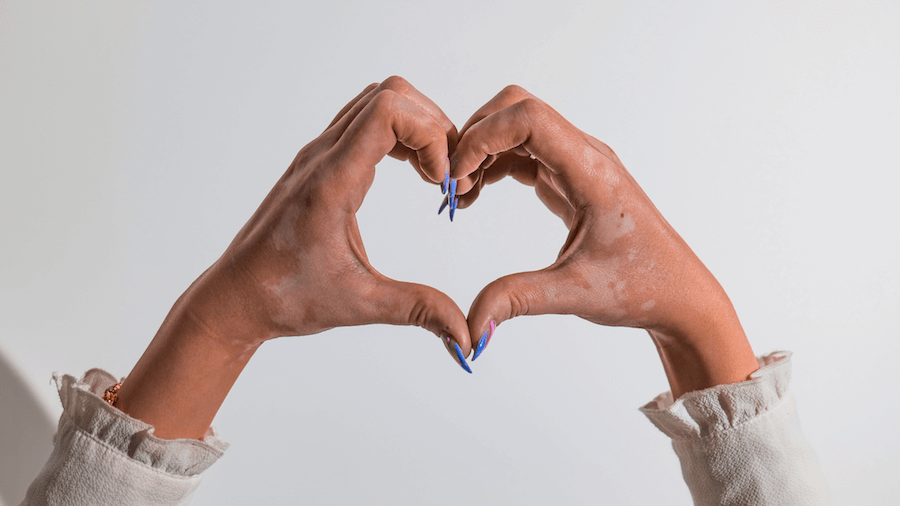 In the sample report below, we've attempted to analyze some important genes that increase the risk of vitiligo.

You can identify your genetic risk of vitiligo by using your 23andMe DNA data and placing an order for the Gene Health Report.

An Introduction to Autoimmune Diseases

In normal cases, the immune system can differentiate between healthy body cells and foreign cells and attack only the latter.

In people with autoimmune conditions, this differentiation does not happen.

Vitiligo is an autoimmune condition characterized by loss of pigmentation (color) in the skin.

Melanin is a pigment in the skin, eyes, and hair that gives them color. Melanin is produced by the melanocyte cells.

In this condition, the body’s immune cells start destroying melanocytes. As a result, melanin production is reduced or stopped.

About 0.5% to 2% of people worldwide are affected by vitiligo.

There are two types of vitiligo identified.

This is also called generalized vitiligo and is more common. In this case, the white patches spread throughout the body and are often seen in:

This is also called localized vitiligo or unilateral vitiligo and is more common in children than adults.

The white patches appear on just one or around a limited body area.

The telltale symptom of vitiligo is the appearance of pale or white patches on the skin.

The pigmentation loss usually starts on the hands and face and spreads to other areas.

People also notice that the lighter patches are more sensitive to sunlight and can itch and become red on exposure to the sun.

Vitiligo is a multifactorial condition, which means several factors can cause the condition.

Genetics plays a significant role in causing vitiligo. We will discuss more of this in the coming sections.

Along with genetics, certain factors may trigger the onset of the condition.

Studies confirm that the heritability of vitiligo can range from 46% to 72%. The risk increases when the person has a first-degree relative with vitiligo.

A twin study done among the European population showed that the concordance rate (the probability that two people sharing the same genes will develop the same condition) of developing vitiligo is 23% in monozygotic twins.

According to experts, more than 50 genes could influence the risk of developing vitiligo. Some of these include:

Globally, 1% of the population develops vitiligo.

In the case of people with a first-degree family member with the condition, the risk is up to 5 times higher.

Unlike what people assume, vitiligo does not necessarily skip a generation.

With a first-degree relative with this condition, 1 in 20 people may develop vitiligo too.

Studies show that men and women have an equal risk of developing the condition.

25% of people develop the condition before age 10, and about 70-80% of people start seeing signs before 30 years of age.

If you have a first-degree relative with vitiligo, genetic testing may help know your extent of risk.

If you belong to the high-risk category, taking precautionary measures like the below may help postpone the onset of the condition.

A majority of vitiligo cases could be genetically influenced. Studies say that 46% to 72% of people with vitiligo inherit the condition from family members.

In some cases, a person could have the gene changes affecting vitiligo but not develop the condition or develop it very late in life.

Environmental triggers can hasten the onset of the disease, and 70-80% of people develop symptoms before the age of 30.

Genetic testing may help identify the risk early on and help people take proactive steps to handle it.