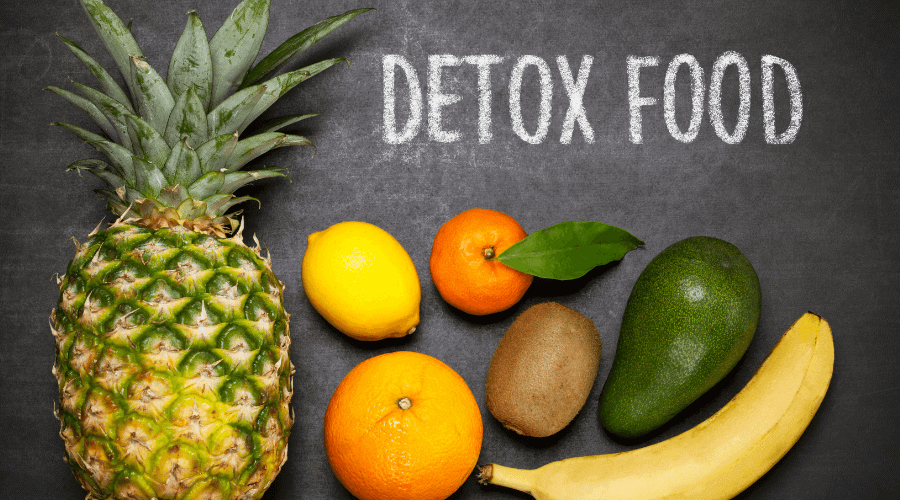 What Is Oxidative Stress?

Oxidative stress is an imbalance in the production of free radicals and antioxidants in the body.

Free radicals are atoms or molecules that contain unpaired electrons. They are formed when oxygen reacts with certain molecules.

The unpaired electrons stabilize themselves by attacking other molecules and poaching their electrons.

Some of the common types of free radicals are:

Oxidative stress can lead to cellular level damage and various chronic and degenerative conditions like:

Detoxification is a natural process to help eliminate harmful toxins, chemicals, drugs, and other substances from the body.

The Cytochrome P450 (CYP) enzymes play a significant role in phase I detoxification. These enzymes add a reactive group to endogenous (produced inside the body) and exogenous (originated outside the body) chemicals, toxins, drugs, and other substances in the body to metabolize them.

The common reactive groups added are hydroxyl, carboxyl, or amino. After adding these reactive groups, these endogenous and exogenous substances are converted into more active forms. These active forms are called intermediate metabolites. The conversion of each molecule of these endogenous and exogenous substances into their intermediate metabolite forms releases free radicals.

The free radicals, in turn, cause cellular level damage and oxidative stress.

CYP enzyme-induced oxidative damage leads to physical damage in the body, increasing the risk of cancer, diabetes, and cardiovascular problems.

Superoxide dismutase 2, mitochondrial (SOD2) gene provides instructions for the production of the SOD2 enzyme. This enzyme is an antioxidant and helps in converting superoxide radicals (O2•−) into oxygen (O2) and hydrogen peroxide (H2O2).

Superoxide is a compound that contains the superoxide ion.

rs4880 is a Single Nucleotide Polymorphism (SNP) in the SOD2 gene.

People with the GG genotype of this SNP have a lower SOD2 enzyme activity compared to those with the AA and GA genotypes.

This increases their risk of:

The Catalase (CAT) gene provides instructions for the production of the catalase enzyme. This enzyme is also an antioxidant and converts hydrogen peroxide (H2O2) into oxygen (O2) and water (H2O).

rs1001179 is an SNP in the CAT gene. The T allele of this gene is associated with an increased risk of oxidative stress in people exposed to radiation therapy, cardiac surgery, and drugs like anthracycline.

rs1050450 is an SNP in the GPX1 gene. People with the TT genotype of this SNP have increased mortality rates due to aging compared to people with the CC and CT genotypes. Oxidative stress is one of the key reasons for aging and mortality related to aging.

The NAD(P)H quinone dehydrogenase 1 (NQO1) gene provides instructions for the production of the NQO1 enzyme. This is a vital antioxidant enzyme that plays a role in preventing oxidative stress and activating vitamin E and vitamin K.

This enzyme also helps maintain the right CoQ10 levels. CoQ10 or Coenzyme Q10 is a nutrient with immense health benefits in the body and acts as an antioxidant to prevent oxidative damage.

rs1800566 is an SNP in the NQO1 gene. People with the A allele of this SNP have a higher risk of oxidative stress than those with the G allele.

NAC is a Food and Drug Administration (FDA) approved antioxidant made from the L-cysteine amino acid. Studies show that glutathione is an important antioxidant needed to fight free radicals. Phase 1 detoxification depletes glutathione levels and increases the risk of free radical oxidative stress.

NACs can restore glutathione levels. Your healthcare provider should be able to prescribe NAC for you.

Some studies show that planned calorie restriction (without the risk of malnutrition) can bring down the effect of oxidative stress in the body.

Regular moderate exercise can bring down oxidation damage and increase antioxidant activity in the body. Ensure you get at least 150 hours of moderate exercise/week to reduce  the risk of oxidative stress.

When your body is exposed to excessive chemicals, drugs, and other toxins, the CYP enzymes have to work harder to eliminate them. As a result, more intermediate metabolites and free radicals are produced.

You can bring down the risk of oxidative stress by avoiding exposure to substances including:

Genetic testing can help understand a person’s risk of oxidative stress. This can help predict future chronic and degenerative diseases and take preventive actions in the present.

May 29, 2021
Clarified my allergies
Didn't expect much but this proved me wrong. I discovered useful personal traits and information about my health that I customized towards my day to day living. For the longest time, I thought I was lactose intolerant and allergic to cockroaches, but this report showed me that I wasn't. I thought the milk from the bubble tea I drank every weekend was causing my constant bloating. Truthfully, I didn't drink enough water and was snacking a lot. Thank you, this has been life-changing.
Rachel Reynolds

July 29, 2022
This has been really helpful for me
This has been really helpful for me. A while back I had gotten the nutrition report from Xcode and it really helped me understand certain aspects of my diet. Fast forward about two years and I am sluggish, irritable, tired, etc. I discussed it with my doctor and they ran some bloodwork. Turns out I'm deficient in some vitamins and needed to supplement. I went back and reread my xcode report and they are the exact same vitamins that the report told me I would need to supplement. Turns out I don't metabolize them as efficiently and need some additional help to meet my requirements. Overall, it was a really great experience and I look forward to ordering more of the reports.
Samantha Jones