The DNA Blog » Genes and Detox » What Is Glucuronidation? 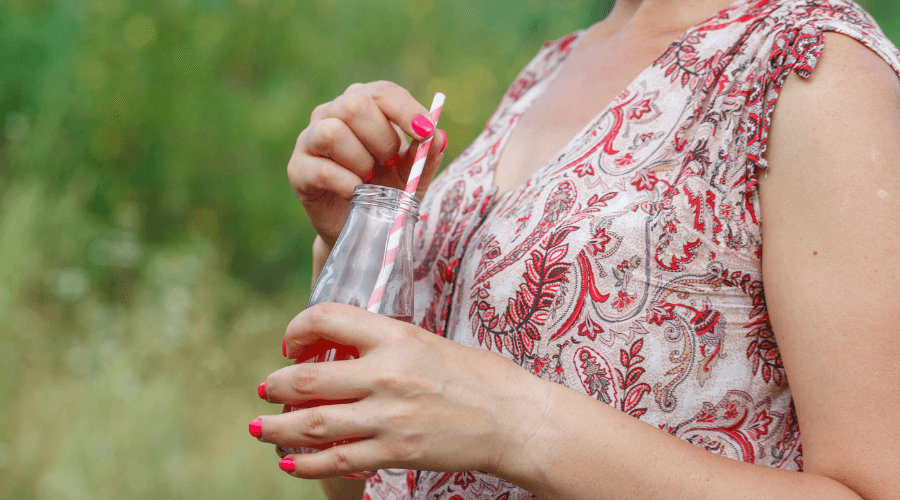 Did you know that around 40-70% of clinically used drugs are eliminated via glucuronidation?

Glucuronidation is a well-known phase II detoxification reaction that acts as a pathway for eliminating many drugs, endogenous substances (substances produced by the body) such as hormones, neurotransmitters, estrogens, mold toxins, and cancer-causing toxins.

The primary role of any detoxification pathway is to neutralize any compound or molecule that can harm the body. When toxins are not efficiently eliminated, they build up in the body, causing  tissue and organ damage and giving rise to diseases like cancer.

Glucuronidation, is an essential detoxification pathway in the elimination of a large number of drugs, hormones, bile acids, hydroxysteroids, tobacco products, and other endogenous and xenobiotic (compounds not produced by the body but found in it) toxic compounds.

Where Does Glucuronidation Take Place?

UGT or glucuronidation enzymes can be found throughout the body. Though these enzymes are primarily found in the liver, they may also be found in organs like the kidney, brain, pancreas, placenta, and intestines.

Since the liver is the primary organ of detoxification, most clinically used drugs, endogenous and xenobiotic compounds, are metabolized (or broken down into smaller components) here.

Of the many UGTs found in the body, some UGT enzymes (UGT1B15 and UGT2B17) are found in the prostate gland and are responsible for controlling local testosterone production. In addition, some UGTs are located in the breast, where they work on inactivating estrogen and prevent prolonged exposure of breast cells to estrogen.

The UGTs present in the brain protects the local tissues from harmful and toxic chemicals.

UGTs or UDP-Glucuronyltransferases are phase II detoxification enzymes that actively participate in the glucuronidation of various drugs and endogenous compounds. There are 19 functional UGTs identified in humans and grouped into four families– UGT1, UGT2 including UGT2A and UGT2B sub-families, UGT3 and UGT8.

These UGTs exist in multiple forms  that affect the functioning of the enzyme and its metabolic effect. Two forms that are of particular interest are in the  UGT1A6 and UGT1A1 genes.

UGT1A6 or UDP-glucuronosyltransferase 1A6 is involved in the metabolism of salicylic acid via the process of glucuronidation. Salicylic acid is found in foods like broccoli, cauliflower, radish, spinach,  zucchini and night-shade plants like eggplants and peppers. Two variations (or single nucleotide polymorphisms - SNPs)  in this gene are rs2070959 and rs178637831.

Individuals having two alleles of the mutated gene have a higher metabolic activity than those with the wild type (the most commonly found allele in a population). Conversely, individuals having the wild-type allele have lower metabolic activity. Due to this, they are more likely to retain the active by-product of aspirin longer in their body, thereby deriving a protective or chemopreventive benefit.

The UGT1A6 gene plays a role in the glucuronidation of anthracycline metabolites used in cancer treatment. The T allele of rs178637831 variant (type)  contains a change that results in the production of a different amino acid, which affects the functioning of the enzyme. This type is also designated as UGT1A6*4 haplotype and has been shown to reduce glucuronidation by 30-100%. Therefore, the presence of this type indicates impaired drug metabolism. As a result of this, there is an accumulation of reactive oxygen species and toxic alcohol metabolites (or by-products) that have been linked to increased cardiotoxicity.

This gene produces the bilirubin uridine diphosphate glucuronosyltransferase enzyme that metabolizes bilirubin (made when red blood cells break down). The UGT1A1  is the only gene that glucuronidated bilirubin. The enzyme converts the toxic form of bilirubin to its non-toxic form and enables its easy elimination from the body.

Many forms of the UGT1A1 gene are associated with conditions like Crigler-Najjar Syndrome, Gilbert syndrome, transient familial neonatal hyperbilirubinemia, etc. Some essential forms of this gene are UGT1A1*28 and *6.

The *6 and *28, etc., are star alleles. Star alleles are used to name different haplotypes. A haplotype is a group of gene changes that are inherited together.

This haplotype has been associated with neutropenia, diarrhea, and other side effects on taking irinotecan (an anti-cancer drug used to treat colon and rectal cancers). Therefore, according to the US FDA, individuals having *28/*28 should have a lower starting dose of the drug. Also, individuals with this genotype have an increased risk of neutropenia on irinotecan than individuals with other genotypes.

The *6 haplotype has also been linked to neutropenia, diarrhea,  when on an irinotecan drug. This allele has also been associated with hyperbilirubinemia ( a condition characterized by excess bilirubin in the blood) when on indinavir (an antiretroviral drug used to treat HIV). In a study by Boyd et al., people with at least one *6 allele were at an increased risk for severe toxicity of bilirubin.

Substances that get glucuronidated include:

Cruciferous vegetables (such as broccoli, Brussel sprouts, cauliflower, etc.)  are rich in the compound sulforaphane, with vegetables like broccoli sprouts having the highest levels. This compound increases glucuronidation.

A study found that sulforaphane increased the glucuronidation of PhIP, a toxic, cancer-causing agent found in cooked meat. While PhIP increases the risk of colorectal cancer, consuming cruciferous vegetables reduces the risk.

Studies have shown that watercress is rich in phenethyl isothiocyanate, which prevents cancers of all types. It is also said to stimulate glucuronidation.

In a study conducted on non-smokers, consumption of citrus fruits increased the activity of UGT1A1 enzyme by 30% in women with two copies of the *28 type (this type has been linked with low UGT1A1 activity and Gilbert Syndrome.

Apart from the foods mentioned above, other foods that increase glucuronidation are: