The DNA Blog » Genes and Detox » Methylation And Detoxification 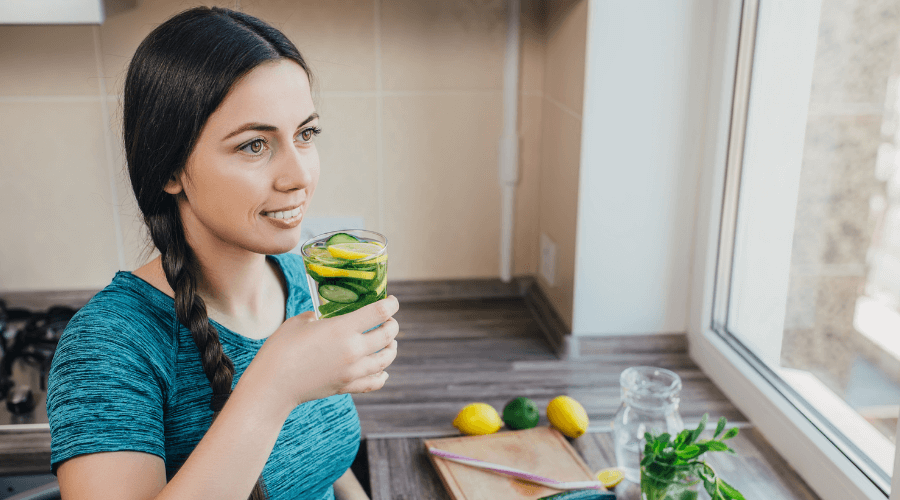 Around 60% of Americans have a genetic mutation that makes it difficult for their bodies to produce sufficient amounts of 5-MTHF. If enough 5-MTHF is present, the body's methylation cycle will work well. 5-MTHF is a direct source of active folate required for methylation.

Methylation is a type of detoxification process and is fundamental to the functioning of the body. It is required for processes like cell division, synthesis of genetic material (DNA and RNA), development of the central nervous system, expression of some genes, immune functioning, synthesis of neurotransmitters (chemical substances that relay information between nerve cells), clearance of many endogenous compounds (those produced by the body) such as hormones and phospholipids, and formation of protective covering around nerves.

During methylation, active methyl groups (consisting of one carbon atom and three hydrogen atoms) are transferred between molecules. Methylation and its reverse process, called demethylation, act as biological switches to regulate the various systems in the body. So, optimum methylation ensures all body systems are functioning well.

The methyl group in methylation is provided by S-adenosylmethionine or SAMe, called the universal methyl donor. This compound gives methyl groups to substances that need to undergo methylation. So, methylation relies on SAMe, which in turn is reliant on vitamin B and 5-MTHF (the active form of folate called methyl folate).

Since methylation forms such a vital part of our body’s biochemical processes, any deficits in the process can give rise to a wide range of conditions. For example, impaired methylation can lead to conditions like depression, anxiety, histamine intolerance, hormonal imbalance, poor detox ability, birth defects, increased risk for cancer, fatigue, and low energy.

Summing it up, methylation is vital to the body because:

Multiple genes influence the process of methylation and form the methyltransferase family. The most commonly studied ones include – COMT, TPMT, BHMT, PEMT, MTHFR, MTR, MTRR, and CBS genes.

The COMT gene gives instructions for forming Catechol-O-methyltransferase and is one of the most studied genes of the methyltransferase family.  The catechol-O-methyltransferase enzyme brings about the detoxification of catecholamine transmitters like epinephrine, norepinephrine, and dopamine. The metabolism of these substances regulates the mood, behavior, cognition, pain tolerance, and normal functioning of organ systems in the body. The COMT gene is responsible for the elimination of dopamine. Therefore, some mutations (abnormal changes) in the COMT gene can result in high dopamine levels due to slower metabolism or breakdown of these substances, resulting in anxiety and insomnia.

It has been found that individuals without any COMT gene mutations tend to be more even-tempered and do not suffer from mood swings. However, a particular variant of the COMT gene Val158Met has been associated with poorer cognitive performance and increased susceptibility to develop psychiatric disorders, particularly schizophrenia.

In addition, the Val158Met variant is believed to influence aspirin and vitamin E’s effect on lowering cardiovascular diseases by almost 40%. This variation is also said to be a possible risk factor for bipolar disorder, panic disorder, anxiety, OCD (obsessive-compulsive disorder), eating disorders, ADHD (Attention Deficit Hyperactivity Disorder), and others.

Alleles and their risks:

Read More: How Does The COMT Gene Influence Your Personality?

MTHFR or Methylenetetrahydrofolate is a gene that gives instructions for the production of the Methylenetetrahydrofolate reductase enzyme. This enzyme is a rate-limiting enzyme (an enzyme that enables the slowest part of a chemical reaction) of the methylation cycle. It is responsible for activating folate for its subsequent reduction to homocysteine and then methionine.

Polymorphisms ( or changes) in the MTHFR gene can alter (or decrease) the activity of the MTHFR reductase enzyme, which can cause an increase in homocysteine levels in the blood. This condition is called hyperhomocysteinemia. There are two polymorphisms of particular interest 677C>T and 1298A>C. These polymorphisms can increase the risk of high blood pressure, blood clots, pregnancy loss, psychiatric conditions, and cancer types.

Individuals with 677C>T polymorphism on both copies of the MTHFR gene are at a greater risk of vascular diseases like heart diseases and stroke. In addition, this polymorphism is also a risk factor for cleft lip and palate.

Read More: How To Interpret Your 23andMe MTHFR Results?

Methylation is vital to our body’s normal functioning, lacking which, the following conditions can occur:

Methylation is essential for metabolism (breaking down the substance into a smaller size for ease of elimination from the body) and estrogen detoxification. So, poor methylation can result in heavy and painful periods, PCOS (Polycystic Ovarian Syndrome), PMS (Pre-MenstrualSyndrome), fibroids, and endometriosis. In addition, these individuals may need to consume more iron, folate, and vitamin B12 to stimulate blood production.

Poor methylation can cause infertility in men and women, increased risk of miscarriage, and other pregnancy-related complications like pre-eclampsia. This happens because methylation is critical for the growth of new tissues, fertility, a healthy pregnancy, and fetal development.

Poor methylation has been associated with cardiovascular diseases, high blood pressure (hypertension), and poor blood circulation in the body. When methylation in the body is insufficient, homocysteine levels increase, which leads to inflammation and free radical damage. These free radicals can damage your blood vessels, leading to many cardiovascular diseases.

Methylation is responsible for the production and metabolism of many neurotransmitters such as dopamine, serotonin, noradrenaline, and adrenaline. Therefore, fluctuations in the methylation cycle in the body can affect the levels of these neurotransmitters and impact your mood and precipitate mental health illnesses like depression, anxiety, bipolar disorder, OCD, etc.

Poor methylation has been linked to autoimmune disorders like multiple sclerosis, rheumatoid arthritis, autoimmune thyroid condition, etc. This is because methylation has a role to play in the development and strengthening of the immune system.

When the body cannot methylate properly, it can lead to memory problems like insomnia, dementia, Alzheimer’s disease, among others. Poor methylation results in increased homocysteine. Homocysteine is harmful not just to the blood vessels but also to the nerve cells in the brain and where they cause inflammation. Also, for a healthy mind, we need to sleep properly. Hormones like melatonin and neurotransmitters are all produced via methylation.

Bile plays a vital role in the body’s detoxification process. It has many other functions such as cleansing the bowel, absorption of fat-soluble vitamins, and antimicrobial properties, etc. Poor methylation results in an insufficient quantity of phosphatidylcholine (a key component of bile), resulting in inadequate bile production, which can cause digestive troubles, gallbladder problems, and malabsorption of fat.

During an allergy, your body makes increased amounts of histamine, the chemical that is responsible for all your allergy symptoms like sneezing, itching, hives, runny nose, and watery eyes. The excessive amounts of histamine are eliminated from the body by adding a methyl group to it, inactivating it and making it easy to be excreted.

Constant inflammation in the body is harmful to it. It also reduces the availability of methylated molecules in the body, thereby impacting the body’s ability to repair tissue and produce neurotransmitters. Poor methylation can result in inflammatory body conditions like Inflammatory Bowel Disease (IBD), arthritis, etc.

Methylation also plays a role in tumor formation. Hypermethylation and hypomethylation are both known to cause an increase in the enzyme DNA methyltransferase. Hypomethylation can cause increased mutations and instability of chromosomes, resulting in cancer. The following substances are not produced when there is inefficient methylation: