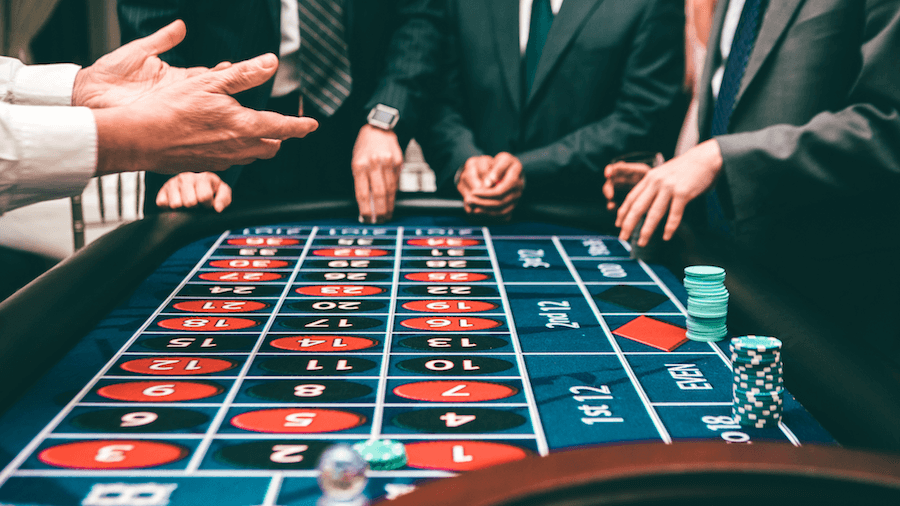 Gambling addiction is a serious mental health disorder that can devastate a person’s life. It is characterized by an intense and persistent urge to gamble, despite the negative consequences. Some people seem to be more prone to gambling addiction than others, and scientists are beginning to wonder if there is a genetic component to this addiction. If you have a family member struggling with gambling addiction, you may be at greater risk of developing the condition. If you think you may be addicted to gambling, it is important to seek professional help.

Influence Of Genetics On Behavioral and Personality Traits

Some Background on Addiction Research

Dopamine, the feel-good hormone, plays a critical role in many types of addiction, including gambling, owing to its pleasure-inducing effects.

The effects of dopamine make the person repeat the activity, and when this continues for a while, it becomes an addiction.

Dopamine’s reinforcement effect seems to play a bigger role in addiction than the direct effect. What does this mean?

Dopamine signaling during pleasurable activities causes some changes in how the brain cell functions.

It hampers certain pathways that enable the person to keep repeating the activity easily without giving it much thought.

This repetitiveness leads to addiction.

Studies suggest that people addicted to the thrill of gambling, in fact, have a lower activation of the reward pathways in the brain.

This is described by a term called the reward deficiency model.

This model suggests that people prone to addiction have a dormant reward system, making them more prone to reward-stimulating activities like gambling.

Most of us can manage to wager a few bets without running into too many problems.

But a few people encounter gambling addiction, which can significantly affect their lives.

This begs the question: are certain people naturally more tuned to develop gambling addiction due to their genetic makeup?

A study published in the June 2017 issue of the Archives of General Psychiatry has attempted to answer this question.

The study was conducted by scientists from the University of Missouri-Columbia and Australia's Queensland Institute of Medical Research.

It involved about 2,700 women and 2,000 men from the Australian Twin Registry.

The researchers asked a bunch of questions to this group and compared the responses between identical twins (with the same genetic makeup) and fraternal twins (50% similar genetic makeup).

The findings show that if a twin had a gambling problem, an identical twin had an increased risk for gambling than a fraternal twin.

The study further reported that while almost all study members gambled, men (3%) were more likely to be gambling addicts than women (1%).

The author says that “genes rule at least 50 percent of a person's propensity to gamble irrespective of sex.”

Exploring the science behind increased propensity to gamble

An analysis of the molecular genetics of gambling addiction revealed specific forms of genes (called alleles) that link to brain chemicals (called neurotransmitters) playing a role in pathological gambling.

This link suggests that certain people may be more prone to gambling addiction due to certain genes influencing how their brains interact with the happy hormones.

People with these genetic changes associated with gambling addiction can pass them down to their children, resulting in a hereditary component of gambling.

The same study identified genes that play a role in the transport of dopamine and serotonin, which were common in people with gambling addiction.

The Monoamine-Oxidase A or the MAO-A gene, in particular, showed a significant link to gambling addiction.

Certain changes in this gene make people more dependent on pleasurable feelings due to dopamine elicited by gambling events.

For example, a study found that some men carry a change in the serotonin gene, resulting in increased serotonin production when gambling.

This increased production may make gambling more addictive to those with this genetic change.

This change was not identified in females, explaining why men may be more prone to gambling addiction.

Compulsive gambling is found in higher numbers among those younger than 65.

The risk-taking behavior tends to decline as people get older.

Those with mental health disorders like depression, anxiety, bipolar disorder, and attention deficit hyperactivity disorder (ADHD) are at a greater risk of developing a gambling problem.

Stress is frequently identified as a trigger of gambling behavior.

According to a study, almost 50% of individuals with gambling disorders undergoing cognitive behavioral therapy identified negative emotional states, such as stress.

The people around you influence your behaviors and choices.

Surrounding yourself with people who constantly gamble can increase your tendency to gamble due to peer pressure.

Living in an environment where gambling is widely accepted and regularly practiced can significantly increase the chances of becoming a compulsive gambler.

Studies show up to 34% of people with gambling problems also have PTSD.

In conclusion, gambling addiction may have a genetic component. However, it is also influenced by environmental factors.

If you think you may have a gambling problem, talk to your doctor or mental health professional.

They can help determine if you have a gambling problem and provide insights into the available treatment options.