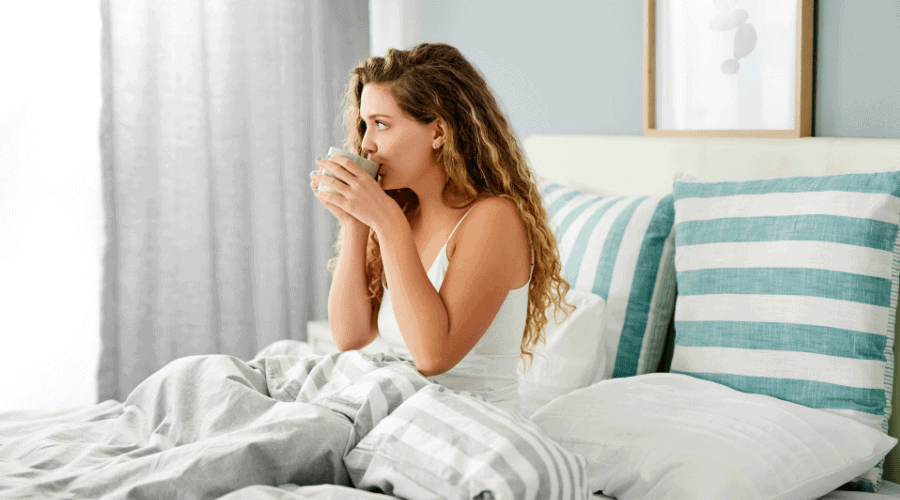 Depression, a fairly common mood disorder, is a major influencer of health and wellness. Recent research has found a link between depression and sleep timing and preferences. The reports suggest that an individual who wakes up an hour earlier than usual has a significantly decreased depression risk. These results could help a person improve their mental health by fixing their sleep cycle.

The Link Between Sleep And Mood

Depression is characterized by feelings of loss, sadness, and anger. Such mood disorders are usually linked to lack of sleep and various other factors like stress, family history, etc.

Previous studies have found an association between sleep timing and mood. Further insights from these studies have shown that night owls are twice as likely to suffer from depression as early risers regardless of their sleep duration.

Another study showed that early risers were up to 27% less likely to develop depression over the years. But, additional research is needed to examine the genetic and environmental factors and understand the relationship between sleep and mood disorders.

12-24% of our sleep timing is influenced by genetics. Researchers have found over 340 genetic changes that play a role in a person’s chronotype - morning or evening person.

Mood disorders can disrupt sleep cycles; hence researchers have been working on finding a causal relationship between them. These findings could hold significant implications for improving  mental health.

The study was conducted with data of up to 850,000 individuals from UK-based Biobank and DNA testing company 23andMe - 85,000 who had worn wearable sleep trackers for seven days and 250,000 who had filled out sleep-preference questionnaires.

A third of this group self-identified as morning larks, and only 9% were night owls; the rest were somewhere in the middle.

The study also used a different sample consisting of genetic information along with surveys about diagnoses of major depressive disorders and anonymized medical and prescription records.

The results of the study suggest that scheduling your sleep an hour early can reduce your risk of major depressive disorder by 23%. Further, going to bed 2 hours early can cut down the risk by 40%!

The study also lays down a possible explanation that could explain this result. Going to bed early makes it easier to wake up early in the day. This could mean longer exposure to the daylight, which has a positive impact on mood. Others seem to suggest that having a biological clock that differs from most people can itself be depressing.

Recommendations to become an early riser

March 12, 2021
Very detailed health guidance
I didn’t know what type of information I will get exactly and I was skeptical, but after taking the test I discovered so much more about my self and how my body functions , there was so much informations and detailed guidance on how I can benefit from MY DNA test. Especially about food and exercise types that suits my body to maintain a healthy life style. I strongly recommend Xcode
Rachel Reynolds

May 29, 2022
Useful 23 & Me Upgrade
Uploaded 23 & Me data, got carrier & MTHFR results in ~1hr, alerted me to unknown concern to discuss with doctor.
Kimberlee Jackson