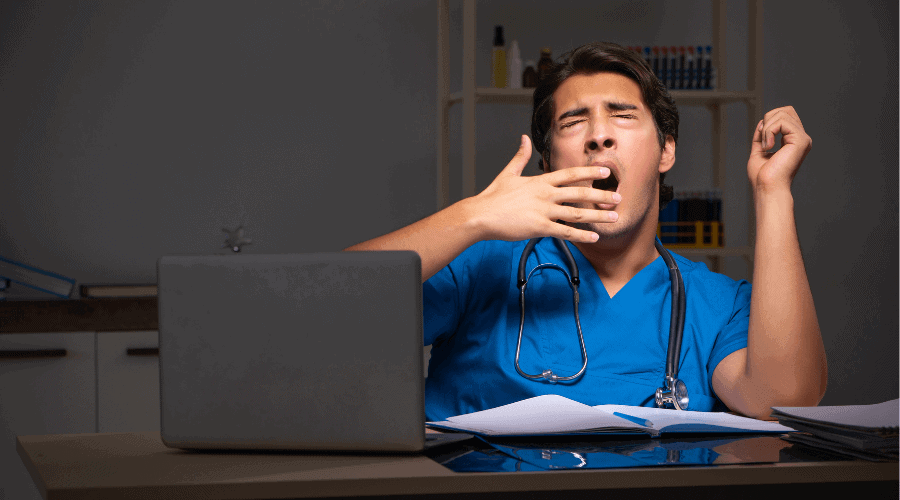 Night shift work can impact your circadian rhythm by making you operate in a way that is “unnatural” to your sleep-wake cycle. A recent study has reported that people who work night shifts are at an increased risk of developing atrial fibrillation and heart disease. The study further reported that among the night shift workers, women who are physically inactive are at the highest risk.

What is Atrial Fibrillation?

Atrial fibrillation (AF) is characterized by irregular and often rapid heart rate that can increase the risk of stroke, heart failure, and other heart-related ailments.

Some common symptoms associated with AF include :

Night shift workers, on average, get two to three hours less sleep than other workers. They often sleep through the day in two split periods; a few hours in the morning and then around an hour before starting the night shift.

It’s challenging to keep the sleep environment dark, free of noise, and relatively calm. A person working the night shift is at greater risk of various health conditions due to the disrupted circadian rhythm.

Researchers suggest that working the night shift may lead to hormonal and metabolic changes, which can increase the risk for obesity, diabetes, and heart disease.

Further, studies report that circadian misalignment results in a drop in levels of the weight-regulating hormone leptin. This can increase heart disease risk by prompting an increase in appetite.

The study included 286,353 people who were in paid employment or self-employed.

The study cohort was divided into:

The following were observed in the study:

How To Work The Night Shift and Stay Healthy

Caffeine inhibits your body’s ability to feel sleepy. So, avoid food and drink containing caffeine at least 4 hours before your bedtime.

Maintain A Sleep-Conducive Environment In Your Bedroom

Light exposure can activate all the processes in your body associated with wakefulness, making it difficult for you to fall asleep. Use blackout curtains or blinds that can help block the light entry.

Avoid daytime exercising when on shift work, as it can promote wakefulness. But, make sure to adopt a consistent exercise routine as this can help lower the risk for heart disease.