The DNA Blog » Genes and Personality » Is Dyslexia Genetic? 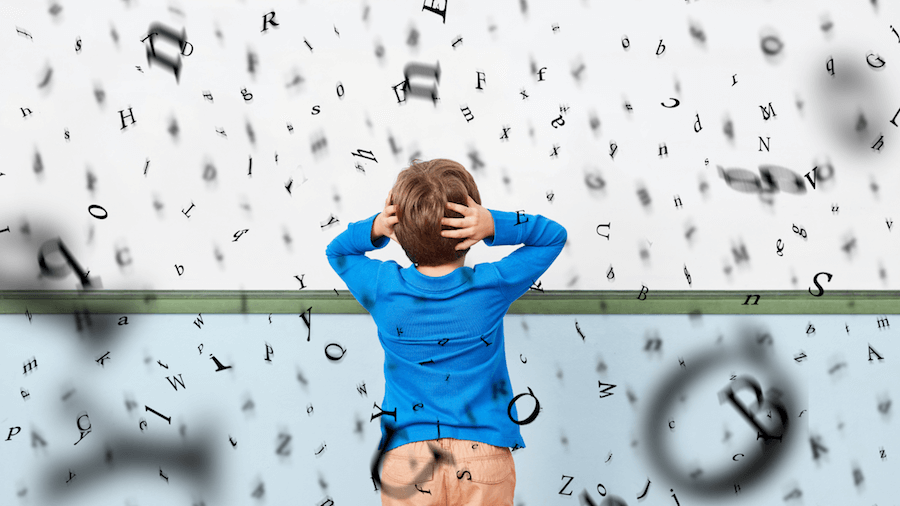 Dyslexia: An Overview Of The Condition

Dyslexia is a neurological disorder that affects reading skills.

It is characterized by difficulty with phonemic awareness, phonology, and word decoding.

People with dyslexia may have trouble with some of the following:

Dyslexia occurs in individuals who have normal intelligence and normal vision.

It is the most common learning disability, affecting approximately 5-12% of the population.

The Gene Health Report gives an overview of your genetic risk for a range of health conditions, ranging from diabetes to heart disease.

Some of the neurological conditions included in the report are autism, epilepsy, Alzheimer’s, Parkinson’s, and multiple sclerosis (list not exhaustive).

Signs Of Dyslexia In Kids

In older kids, teenagers, and adults, some common signs include:

Most people thinking of genetics imagine one gene being passed on from the biological parent to the child causing a condition.

While it is true for single-gene disorders, dyslexia doesn’t fall into the bracket.

With dyslexia, differences in multiple genes contribute to the condition.

These genes play a role in forming connections across the brain.

In dyslexia, the connection process is organized differently, contributing to difficulty in reading.

From these regions, two genes, DCDC2 and KIAA03109, seem to have the strongest association with dyslexia.

The DCDC2 gene plays a crucial role in brain development

Changes in this gene have been associated with reading disability (RD), also referred to as developmental dyslexia.

However, a more recent study challenged this association and reported that “DCDC2 deletion is not a strong risk factor for dyslexia.”

The KIAA0319 gene help with the formation of a part of the brain called the cerebral neocortex.

Changes in this gene are associated with developmental dyslexia.

Studies suggest that KIAA0319 is the most likely susceptibility gene for dyslexia from the DYX-1 to DYX-9 cluster.

Changes in this gene also play a role in specific language impairment.

Reports suggest that about 40% of siblings of children with dyslexia tend to have reading issues.

49% of children born to biological parents with dyslexia also have dyslexia.

The risk increases when there are more affected family members.

There is an estimated 3–10‐fold increase in the relative risk for a sibling.

Does the Mother or the Father Pass on Dyslexia?

Both biological mothers and fathers can pass dyslexia on to their children if they have it.

There is roughly a 50%–60% chance of a child developing dyslexia if one of their biological parents has it.

However, biological parents with dyslexia have up to a 50-60% chance of having a child with the condition.

Studies have identified a gene called KIAA0319 that shows one of the most significant associations with dyslexia.